How to do X-Ray in Mortal Kombat

The last part of the game Mortal Kombat recently appeared on the computer. All the fans gladly accepted this fact and it is quite understandable, since the game itself had to wait for years, especially since there was an opportunity to score an X-Ray. 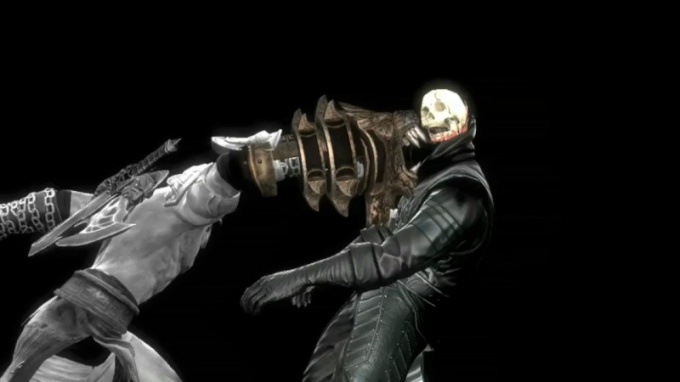 Related articles:
Of course, in fighting games the easiest to play with a gamepad (joystick). With the release of the last part of the game Mortal Kombat on the computer, many users are faced with the shortage of this device. Of course, the developers should consider this fact and optimized the controls in the game under the keyboard.

Every character in this game has a set of standard shocks, which, of course, help him to win the battle with the enemy. In addition to standard attacks, the game has special moves that are created by the combination of standard. During the battle, directly in the lower left corner (or right bottom, depending on side you play) is a special meter with energy that allows you to use special moves of the character.

If someone from players will wait until this meter is completely full, then he will be able to use X-Ray technique. During this, the screen will display the special attacks, which can even break the bones of the opponent. A distinctive feature is the fact that all the player sees, because everything happens in X-Ray.

Such an attack can take away a significant part of the health of the opponent, and then, the hero will have more chances to win. It should be noted that the opponent can defend against X-Ray technique by using conventional block or can Dodge. While the scale of the X-Ray attacking fully spend. The blow on the keyboard can be done with a keyboard shortcut LShift + Space.

This mode can be carried out and team attack (while playing 2 on 2), it is possible to carry out the special combo attacks, as well as to support his partner. Many players of Mortal Kombat know that in previous versions there have been various fatalities.

Fatality - brutal finishing moves that can be done by using a certain combination of buttons on the keyboard at the end of the battle. In the last part of Mortal Kombat, this possibility remained, and in addition, we added various babality (reduces opponent's character, turning him into a baby) and location fatalities (fatalities, which are performed using various objects in the level).

Returning to the X-Ray, it is possible to say that the user does not need to wait until the scale is completely filled. To perform the special moves you can wait for a while to fill either one or two blocks, but in this case, the X-Ray will not be shown. In this case, the character can only do a special move that can either interrupt a combination attack of the enemy, will either enhance a special move.
Is the advice useful?
Подписывайтесь на наш канал