How do you get Helicobacter

Helicobacter pylori infection - a disease that began to meet more and more often. But few know about how the bacterium enters the human body! 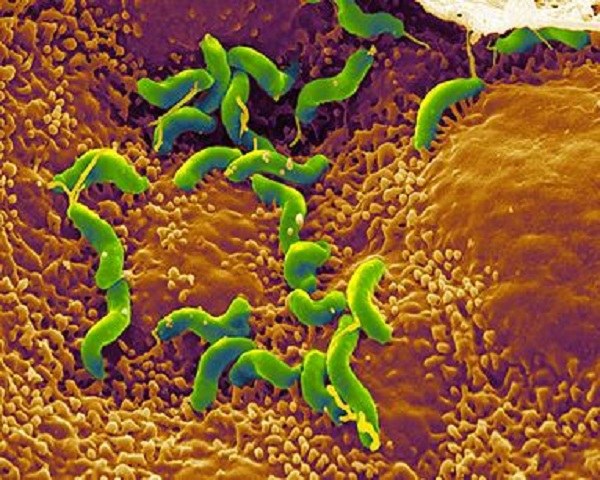 Related articles:
Helicobacter pylori infection is currently quite common infection. Witness the statistics: the disease is detected in approximately 20-25 % of the population. With age, the proportion of cases increases and reaches a lath in 60 %.

Who settled in the body?

The disease is caused by occurrence in the human body the germ Helicobacter pylori. This organism resembles in appearance a spiral and is provided with several flagella. Resides usually in the mucous membrane of the stomach or duodenum, and thereby becomes the initiator of the development of such diseases as gastritis (acute and chronic), ulcers, and sometimes cancer of the stomach.

The microbe due to the peculiarities of their life – the ability to neutralize hydrochloric acid of the stomach - able for long time to survive in the tissues of the gastrointestinal tract.

How did I get infected?

Despite the fact that Helicobacter has been well studied, reliable data about the way of Contracting the disease is still not found. However, scientists are inclined to believe that the food enters the bacterium through water, food and vector-borne – contact with infected person.

In most people the disease is not accompanied by any symptoms, and the disease passes in a few days even without treatment. A similar effect, incidentally, is called spontaneous recovery.

Transmission of Helicobacter pylori within the family are possible when using common utensils or by close physical contact – be it kissing or sex.

According to American health statistics, almost half of patients with Helicobacter pylori infection has already infected with the same infection a spouse or children. But, despite these data, the American medicine recommends to start treatment in the case when at least one of the family members after the treatment of the disease had a relapse.

In addition, carriers of Helicobacter pylori can be Pets – especially cats and dogs. But transmission of the pathogen from them is found only in a few cases.

However, do not be afraid of this disease. If you feel even a little discomfort, as possible, seek professional medical help immediately. Prompt diagnosis and rapid initiation of treatment will allow to overcome the disease is still in the first steps of its development.
Is the advice useful?
See also
Присоединяйтесь к нам
New advices