Wisdom teeth in humans erupt in adulthood in 18-25 years later. The reasons for the removal of "eights" dentistry has a lot. Each of them is a strong indication for surgical intervention. The final decision is made by the dentist based on clinical indications, and the health and General condition of the oral cavity of the person. 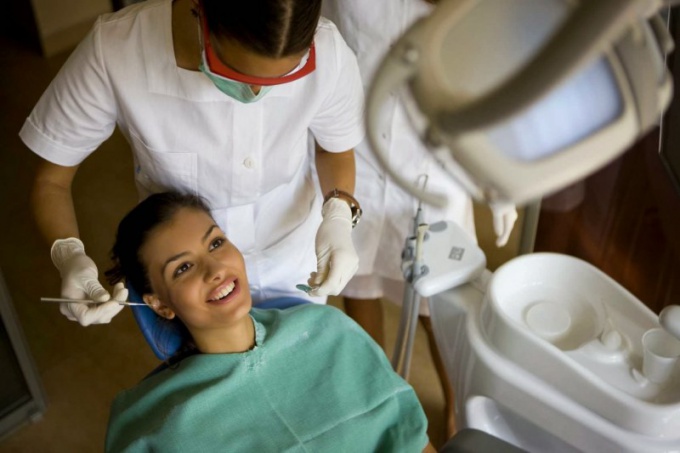 There are times when a wisdom tooth started to erupt, however, over time its growth has slowed significantly. In dentistry, such a deviation is called retention. The tooth may be visible or partially, or not visible beyond the gums. The process of its slow growth causes severe pain, additional strain on bone tissue and gums. In this case, the optimal solution would be the removal of wisdom teeth.

The slow growth of "eight" of dangerous complications. The crown of such a tooth under the gums, covered with a special pouch. In the case that an increasing gap between the tooth enamel and bag, it was filled with liquid. This can lead to a follicular cyst, which will dissolve the bone around the tooth "eight" and will be the cause of the neurological pain in jaw, purulent sinusitis and other diseases.

Inflammation and pain that accompany the eruption of wisdom teeth is normal if it occurs only in the early growth of the tooth. If the inflammation is of a permanent nature, this is another indication for removal of wisdom teeth.

Repeated inflammation cause of pericoronitis, which is accompanied by fever, intense pain when talking, eating, yawning, pus from the gingival hood, inflammation of the lymph nodes located under the jaw. In order to avoid developing this disease, wisdom teeth should be removed.

The root is irregular in shape

If the wisdom tooth has a root irregular shape, it can cause serious damage to the surrounding gingival and dental tissues and bone. Its curvature during a routine examination are not visible and can be accurately diagnosed only after x-ray.

"Eight" with a twisted root as their growth seems to be limited to the surface of the tooth next door. This may cause displacement of the dentition. Crowding of teeth in the anterior upper and lower can be a consequence of the wrong location of the root of "g", causing pressure on the whole row of teeth.

In addition, displacement of teeth in the anterior maxillary division complicates oral hygiene can cause plaque and Tartar formation, increases the likelihood of caries development.

The twisted roots of wisdom teeth can lead to retention. When he rests on the adjacent tooth, its growth stops automatically. However, in contrast to the usual retention, this creates an additional load. "Eight" pushing for the whole dentition and can lead to its deformation, and a large part of the wisdom tooth remains in the gum and can lead to serious inflammation.

If penetrate "eight" distorted or took the wrong position, it can lead to many complications. Here are the most common ones:
- these teeth more susceptible to dental caries, and destruction;
on wisdom teeth often accumulate plaque and Tartar appears;
- the tooth can cause increased bleeding of the gums or swelling;
- misplaced tooth can disrupt your diction is not taking part in the process of chewing food;
- these often cause teeth biting the inner mucous membrane of the oral cavity.

There is a risk, which includes patients with irregular appearance or a developing wisdom tooth that are most susceptible to complications. In particular, these include:
- smokers;
- people who do not follow the rules of oral hygiene.

It should be understood that the timely detection of deformation of a wisdom tooth and surgical removal will have much more benefit than long-term treatment of diseases, which can cause incorrectly grown up "eight".

According to dentists, removing wisdom teeth is much less painful and easier at an earlier age, i.e. up to 25-26 years.
Is the advice useful?
Подписывайтесь на наш канал