What is Kurban Bayram 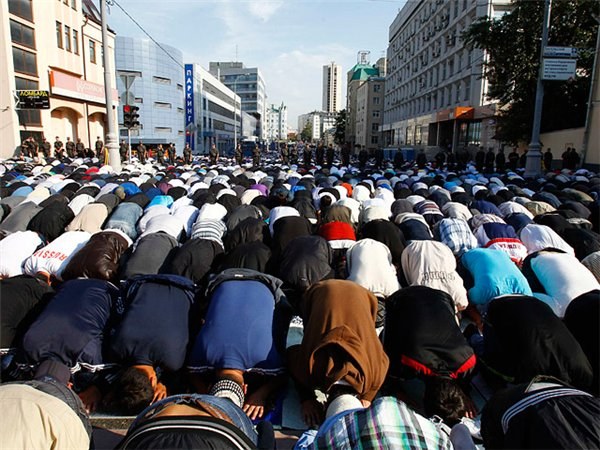 What does Eid al-Adha

The history of Kurban-Bairam is written in the Holy book of Muslims - the Koran. The prophet Ibrahim saw in a dream Allah's messenger Gabriel, who asked him to sacrifice his elder son. However, when the father and the son humbled himself and was willing to make the sacrifice Allah stopped Ibrahim, declaring the victim unnecessary. The prophet sacrificed a lamb. Since for Muslims in their worship of God is the slaughter of a sacrificial animal. This day became known as Eid al-Adha, which means festival of sacrifice.

A victim can be a cow, a bull, a camel, or a sheep. The animal must be six months of age and healthy, no visible flaws. Also victims can be brought on behalf of the deceased. The animal's meat is divided into three parts: one for food, second for the poor, and the third for the believer.

Before the onset of Eid al-Adha pious Muslims fast for 10 days. And three weeks before the sacrifice to cease to arrange the celebration, wear new clothes and get a haircut.

The night before the feast the believer must pass in prayer. During Bayram and for three subsequent days after each prayer, it is desirable to make Takbir to praise Allah. Read the Takbir in the mosques, homes, on the street. Women should do this to myself, and men can read out loud.

On this day, Muslims have to get up early to make ghusl, to cut hair and nails, to wear elegant clothes. After the morning prayer, decided to go to the cemetery and offer prayers for the dead. The ritual sacrifices start after visiting the graves.

After the sacrifice, Muslims begin the ritual meal, which is mandatory invite as many poor and hungry people. In Eid al-Adha is strictly prohibited the use of alcohol. Drinking in the day is a special mockery and blasphemy on the principles of Islam. In the holiday it is customary to give gifts to friends and relatives, going to visit them.

Every year the center of the celebrations in the Russian capital becomes the Moscow Cathedral mosque. Also believers can visit the Memorial mosque on Poklonnaya hill, the Historic mosque on Bolshaya Tatarskaya street, the mosque Inam and Yardyam who are in spiritual-educational complex Welcome. The city administration allocates a special area for sacrifice. In recent years, this area was organized in the village of Satino-Tatar Podolsk district of the Moscow region.
Is the advice useful?
See also
Присоединяйтесь к нам
New advices