How to understand that a normal pregnancy

For pregnant women, some feel, including unpleasant or uncomfortable, are the norm. To understand that the pregnancy is proceeding normally, with the future child, with the help of diagnostic methods. These data will be objectively reliable. You should bear in mind that pathologically proceeding pregnancy, e.g., preeclampsia in the second half, often with a healthy child, and the absence of unpleasant sensations and pathologies not always speaks about the full development of the fetus. That is, we must distinguish between the pathology of pregnancy and fetal abnormalities. 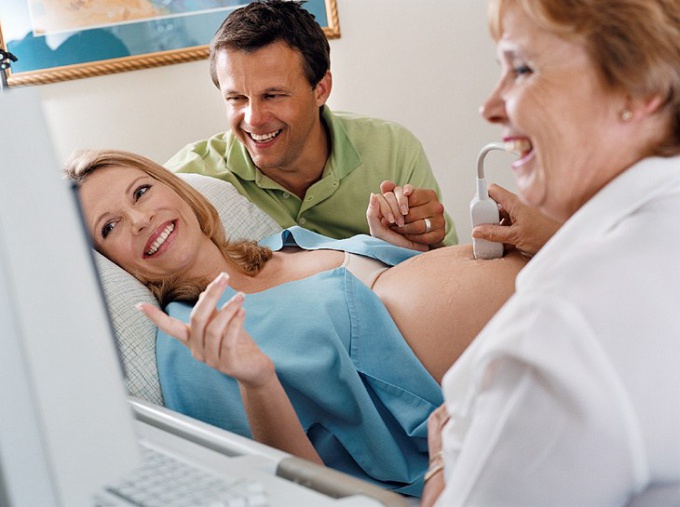 The first trimester and the first changes

Nausea, nervousness, drowsiness, changes in appetite – all this is the norm for the first trimester of pregnancy. Vomiting, which is not threatened by dehydration, is not a deviation. All these symptoms are called preeclampsia first trimester and not a danger to women and fetus. But the appearance of pulling pain in the abdomen, bleeding and frequent vomiting – are not the norm, an urgent need to call an ambulance, but before the arrival of the doctor to be on bed rest. In the first trimester, the body makes a decision to keep or not the pregnancy. To make sure the pregnancy is progressing normally and the embryo all is well, carry out the following research:
• Early pregnancy ultrasound (diagnose pregnancy, exclude ectopic pregnancy);
• Ultrasound at 12 weeks (diagnosed in the absence of malformations of the embryo);
• laboratory studies (including analysis of mother's blood, screening for anomalies);
• sometimes conducted a study of the fibers of the chorion (in the case that a high risk of birth defects and genetic mutations).

Midwives say that in the second and third trimester the major task of the embryo to grow, as the beginnings of organs and systems already formed. At this stage it is important to maintain the health of the expectant mother and to warn of deviations in the course of pregnancy. Hypertonicity of the uterus is not the norm under any circumstances – it can cause the development of fetal hypoxia and risk of miscarriage. Dragging pain in the lumbar-sacral region, a sense of "petrified of the uterus - signs of hypertonicity. Unlike training hypertonus contractions that can begin early in the second trimester, speed, alternate periods of tension and relaxation of the uterus. Remember, "stone" belly and severe pain in the lower back is hypertonicity, need urgent medical help.

Increased appetite and thirst accompany nearly every pregnant. In some cases, however these symptoms may indicate gestational diabetes. For this study blood glucose (blood sugar). If these indicators are normal, then the extra weight is the result of excessive eating.

During pregnancy the kidneys are working in emergency mode: pushing the enlarged uterus, accounts for the additional load due to the increase of circulating blood volume and use of the pregnant liquid to a greater than usual volume. Mild swelling is not a pathology, but extensive swelling can cause serious gestosis and can lead to malnutrition of the fetus, provoke a persistent increase in blood pressure. To understand whether you have fluid retention, have for at least a week to monitor the volume of alcohol consumed and discharged liquid. If the difference between the values of more than 100-300 ml – you have fluid retention.

Some of the research carried out in the second and third trimesters?

During the second and third trimesters conduct ULTRASONIC examination to exclude pathology of the fetus and placenta. The doctor looks at the volume of amniotic fluid, the point of attachment of the placenta and the study of blood flow. To get these subjective methods is impossible, and therefore we should not abandon diagnosis. At the same time, it is possible to diagnose the fetal abnormality. If you plan to keep the pregnancy, then additional diagnostics all the more reason to go. Knowledge of violations of fetal development, many of which are successfully treated, will allow you to prepare for the birth of a special child, to find good people to correct violations.

Colostrum is the norm

Enlarged Breasts, increased sensitivity around the nipples and the appearance of colostrum is a symptom of normal pregnancy. Indirectly the condition of the breast can be understood that the baby was okay. If the pregnancy is stopped, the hormonal status changes dramatically reduced breast, colostrum ceases to stand out. Lack of colostrum is not a deviation, in some women it appears before or after delivery.

Fetal movements: what is normal?

The norm is that the woman feels fetal movements from 17-22 weeks. Every day you should commit to the 12 perturbations cycles or every hour to note the presence of activity of the fetus. As quiet and active behavior could be evidence of the norm and pathology. If your child is always calm, while it is confirmed that fetal hypoxia does not, then it is for a specific pregnancy the norm. Concern can serve as an abrupt change in the behavior of the fetus: an active child became lethargic, and quiet – too active. You should contact a local midwife or call an ambulance.

Hypertension threat to the development of seizures

Increase in blood pressure of even a few tens of units is a cause for concern and hospitalization pregnant. The fetus suffers oxygen starvation, can cause developmental delay and one of the most dangerous complications of pregnancy – eclampsia and the occurrence of seizures. Seizures can result in placental abruption, intrauterine fetal death, fractures in pregnant women and premature birth. If you are diagnosed with high blood pressure, and you feel a sharp headache combined with loss of orientation, stupor, tunnel vision – immediately seek medical help.

Spotting is always cause for concern

Allocation bright red blood is always a danger. A common myth is that monthly go through a pregnant uterus can cause miscarriage. Sometimes the allocation of coagulated blood can be a few days after instrumental inspection on the chair. The reason is friable cervix and the vaginal walls and increased vascular permeability, and not the carelessness of a doctor, as many believe.

You should know that the presence of complications during the first pregnancy does not affect subsequent pregnancies. Often during the first pregnancy women suffer from hypertonicity of the uterus, nausea gives them great inconvenience, and increased sensitivity of nipples. The women who already had children more ready for changes in the body, and therefore distinctive, sometimes unpleasant sensations do not cause them serious discomfort, and complications such as hypertonicity and the risk of eclampsia in multiparous are much less common.
Is the advice useful?
Присоединяйтесь к нам
New advices