Folk music in Russia is becoming more and more popular. And if not so long ago, the most popular tunes of Ireland and Scotland, now more and more musicians are trying to learn more about the Russian-Slavic musical traditions. 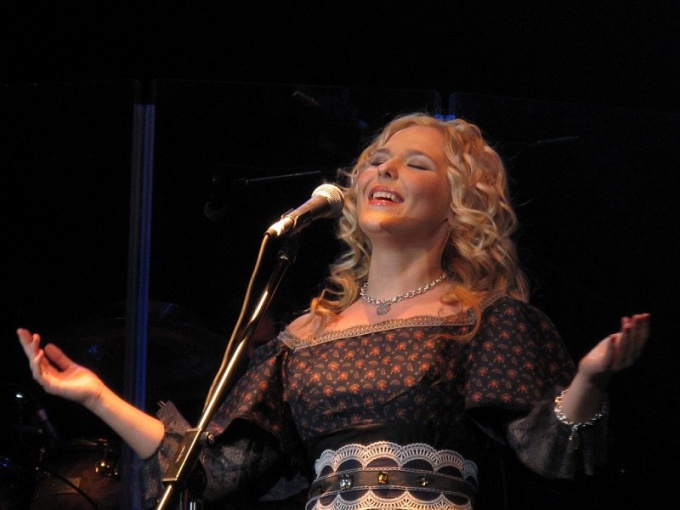 The group "Pelageya" is popular among lovers of folk music. She performs romances, Russian folk songs and original compositions in the folk style from the soloist of the girls, also called Pelagia. This is her real name. Singer from Novosibirsk, whose talent was manifested in early childhood, Pelagia has won a number of prestigious awards and competitions, who promised her musical career singing in any genre that she chooses. The girl picked folk-rock music and formed his own musical group. She quickly became a star, but in spite of this, not trying to behave like a special star. Always following his belief, Pelagia managed to win the genuine love of the audience.

"Kalinov Bridge" - a famous band whose Slavic folk-orientation was manifested at the very beginning of the creative path. The soloist and the ideological founder of the group Dmitry Revyakin native of Novosibirsk, but most of the childhood he spent in Transbaikalia. So far, these places inspire the leader "Kalinov Bridge" more than others. Music this band is so unusual and distinctive that is not always possible to fit it in the limits of the genre, but still, critics often define it as folk-rock. You can trace a pretty clear bias towards Cossack songs and Slavic mythology.

There are groups that perform Slavic folk constantly, this is their main genre. But there are also many groups that are trying to bring to the folk of any one album as an experiment.

A rather unusual musical group that is inspired by Slavic and Russian folk motifs in the electronic processing. A unique feature of "Midsummer" that musicians use in their recordings of authentic folklore, which was built in 70-80 years of Soviet lovers of folk art. The group is very love of the audience, she performs regularly at major festivals and open-airs of the country.

Siberian musical group that plays exclusively ethnic and folk music. In his works, the musicians rely on Siberian folk songs, using not only Slavic motifs, but also the Eastern Turkic. We must not forget that the people of Russia are very different, Russian ancient history is not only the Slavs.

"Rus" is a team that plays probably the most closest to Slavic music. Musicians restore old tools, study the records of ancient music, also interested and improvisations. Their Muse is pure folklore, that is what fans of their creativity.

Music ensemble "Rusichi" was used in such films as "the Quiet don" Sergey Bondarchuk and "the Barber of Siberia" N. Mikhalkov.

"Rusichi" is popular not only in his native country, listen to them all over the world. They act in folk costumes, during concerts, often acting out scenes from the past.
Is the advice useful?
Подписывайтесь на наш канал