What is the name of all the characters "Uni"

"Univer" for several years pleases the audience with funny scenes and an interesting plot. After slightly changed the format of the series and there are new characters, its popularity has only grown. 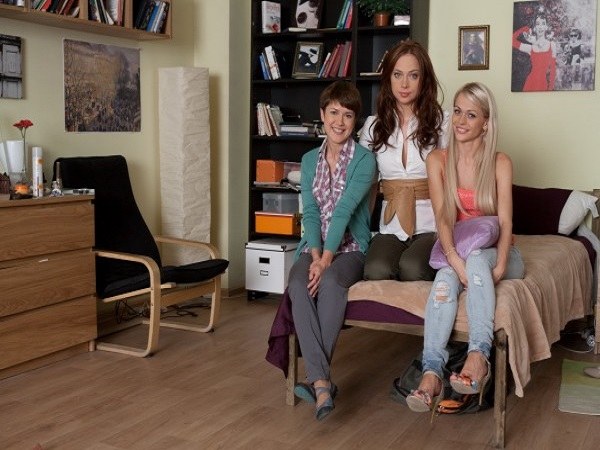 Related articles:
The series "Univer" after his appearance immediately gained great popularity, especially among the youth. The project is reminiscent of the successful American TV series "Friends": those young attractive people, rich in humor and ambition. Each of them has specific features. Any young person will love one of the characters, if not all at once.

First came the cycle series, in which the soloist was one part of the artists. Two years ago there was a series of updated design "New Dorm," which appeared fresh characters, replacing some outdated.

In the old "Uni" one of the Central characters was Kuzma, played by Vitaly Gogunsky. It's not quite a brilliant mind, but owns a karate and knows how to appreciate friendship. For his friends he will go through fire and water.

Alla (Maria Kozhevnikova) – very beautiful girl with seductive forms. She once was lonely and was looking for a guy. Then I started to meet Hugo and Michael.

Mike (Ararat, Kesan) – a true lover of women. It will not pass by itself, no one beautiful girl. Having charm, good looks, Michael is able to pick up four of the five girls. Still, not all girls agree to be with him a short-term relationship.

Sasha (Andrew Hagolan). A humble man of low stature, with no special abilities. A little passionate about astronomy, but not so much to be considered a promising scientist. He considers the other – to prove to myself and the others that will be able to live without his father's millions. His father – the oligarch, having the ability to buy almost everything. Sasha is in love with Tania, where married. They have a kid.

Tanya (Valentine Rubtsova). Perfect Sasha as a companion. Simple girl that is easy to play or to offend. Too insecure, but likes order, cleanliness, and knows how to make friends.

Gosh "Alexey Gavrilov". As Michael Lovelace. Only cardit girls it turns out not as good as the other. Gosh, is not particularly popular with viewers, so he was removed from the project.

Sylvester (Aleksei Klimushkin) is Sasha's father, the oligarch. A very interesting character that adds fire and humor in the series. Never aging businessman, not without a sense of humor and justice.

In the new series, not Alla, Sasha, Tanya, Gosha Sylvester. Eventually goes to his Agapovka and Kuzma. They are replaced by other characters.

Anton (Stanislav Yarushin) – the representative of "Golden youth". Papa – money bag, and Anton loves free life. However, due to the inability to stop in time, was deprived of monetary benefits and sent to reeducation to his Dorm, MUGU.

Cristina (Nastassja Samburski) – girl Anton. Also a bit cynical and odious. Beautiful girl who knows her worth, able to make friends and to defend their point of view.

Ian (Anna's Cousin) is a very simple girl, but it works in the students Union. Can't find a life partner and often going through for nothing.

Masha (Anna Khilkevich) is a beautiful girl, but often committing stupid actions. Too amorous and often flaunting their beauty. Masha periodically gets into a funny situation.

Lev Martynov (Andrey Lebedev) – the father of Anton, the oligarch. A serious man, able to solve several issues with one phone call.

Kseniya Andreevna (Natalia Rudova) – head of the Department, where Michael had a real love affair.

Zoya (Elena Valyushkina) – the commandant of the hostel. A very serious woman, who holds in his fist all students.

Valentin (Alexander Stekolnikov) – a real "nerd". Believes that the future outstanding scientists, constantly exploring the science, but the love of Mache is a little distracting and adds it to the new paints.

Julia (Anastasia Ivanova) – The Sister Of Yana. A beautiful girl that can seduce anyone. Is Anton.