Who starred in the TV series "Univer. New Dorm" 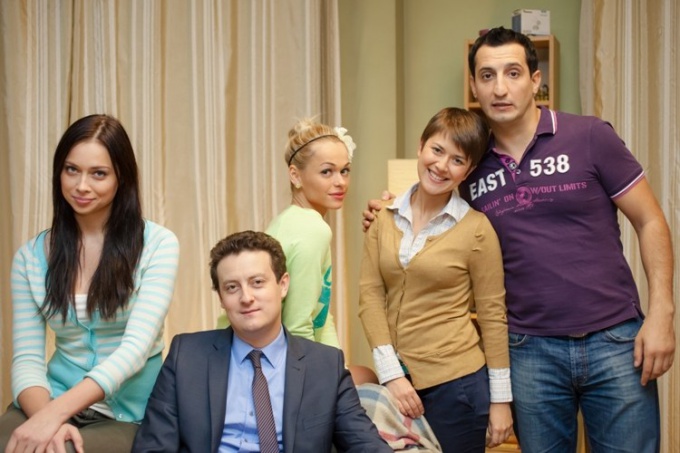 Born in 1978 in Abkhazia. Played in the KVN team RUDN, was loved by the audience due to the parody of Gennady Khazanov. The role of Michael in "the Uni" was his first acting job. Then came the movie "the Babysitters", "Wedding", "Mother" and "Anyone else Carlson". In 2013, Ararat married for the second time. His choice was a Ekaterina Shepeta, a former model and winner of beauty contests.

His character Kuzya - the "old" student "of the University, he joined the project in 2008. Vitali was born in Odessa in 1978. Graduated from VGIK, workshop Alexei Batalov. The viewer remembered the TNT TV series "Univer" and "Sashatanya". Other striking works had not, was shot in episodic roles in "Storm the gates" and "Bear hunt." In 2014, Vitaly became the winner of the show "One to one". In may 2013, Gogunsky secretly married in Italy on the student, Anna, who is younger than the actor for 14 years. For Anna Vitali divorced his first wife, model Irina, Marco, who bore him a daughter Milan.

Born in 1981 in Chelyabinsk. Champion of the Highest League of KVN team "County town". Known to a wide audience due to the role of a cynical but charismatic majeure Anton Martynov from "Uni". Other works in movie no. Yarushin more successful as a television host, he has the projects "Yesterday Live", "the flower of the Nation", "Big city". The first marriage of the Stas ended in divorce. Second wife of Alan in 2012, the artist gave birth to daughter Stephanie in July of 2014 son.

Born in 1980 in Kiev. He graduated from the theatre Institute. Enters into the twenty of the most popular Actresses of Ukraine. In the movie started filming in 2006 and before that worked exclusively on the stage. Now she has more than 20 roles, mostly TV shows - "black sheep", "Native people", "Autumn flowers", etc. in addition to Russian and Ukrainian languages she is fluent in French.

Born in 1986 in Saint Petersburg. In films since I was 17. The most famous film works, according to a "Barvikha", "Uni. The new dormitory", "the Island of luck", "the Christmas Tree Is 2.3", "What men are doing". Filmed for the covers of the magazines "MAXIM" and "Playboy". In 2011, married the administrator of the series "Barvikha" Anton Pokrepa, the marriage lasted little more than a year.

Born in 1987 in Leningrad region. Studied in GITIS. Since 2010 is a permanent member of the troupe of the Theater on Malaya Bronnaya. Starred in the television series "Wedding ring", "Amazon", "Detectives", "Ahead shot", etc. Appeared on the covers of "MAXIM" and "Playboy". 2013 naztazia leads talk show "am I right" on channel Y. in addition to working in film, theater and on television, Samburski tries his hand in music and has already recorded several singles.

Born in 1982 in Saint-Petersburg. He graduated from St. Petersburg Institute of theatre arts. The first kinorabotoy was the role in the film "Window to Paris" in 1993. Appeared in the TV series "Streets of broken lamps", "Katherine", "COP wars", etc. Alexander married his wife Maria costume. The couple has two sons – Ivan and Gregory.

Born in 1991 in Volgograd. Professionally was engaged in dances. After graduating from the Volgograd Institute of arts and culture moved to Moscow. For a long time, were interrupted by episodic roles. Starred in the television series "Sled", "the Fifth guard", "the fortune Teller", "Games of fate", etc. Fame came only in 2013, after the approval of role in the series "Univer. New Dorm".
Is the advice useful?
Подписывайтесь на наш канал