Choosing the right location in the hall of the cinema can have a significant impact on the quality of the movie. To select the location you need based on the size of the venue and format of the film. 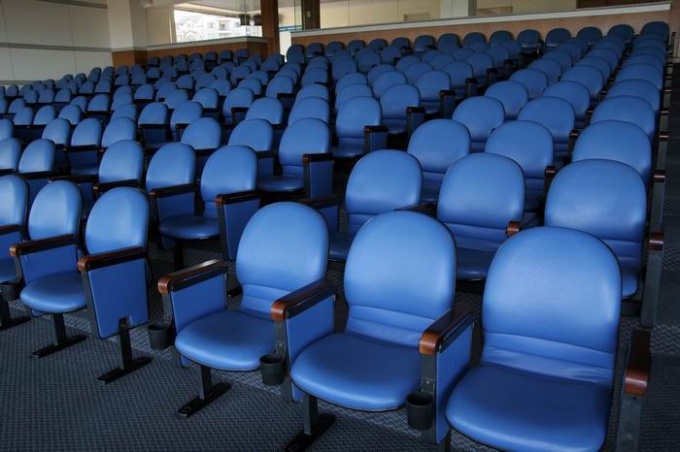 Related articles:
Instruction
1
If you look at the diagram of the cinema, you can see the so-called VIP seats, which are located exactly in the middle of the hall, they are considered to be the most suitable for watching movies in any formats. Considered ideal locations farther from the screen by a distance approximately corresponding to its three diagonals, they must be located directly in front of him. The sound system is usually set it to VIP-zone. Unfortunately, these sites are two significant drawbacks. First, they are usually more expensive than other places, secondly, the tickets are sold out in the first place.
2
It should be noted that the rear ranks in a good cinema with well-set sound is not too inferior to the VIP area. With them it is easier to fully cover a large screen unless you have myopia. If your sound system is set up is not very good, in the back rows may have trouble understanding replicas of the characters and the overall sound, but cinemas with similar problems is becoming smaller.
3
The first series considered the worst, as the screen to look quite difficult, it is usually necessary to only look at some specific area that may interfere with perception. However, in small cinemas, many of which are in different multiplexes, this problem is not as acute. First, the screens in these chamber halls are not very big, and secondly, the distance from the first ranks of them fairly large, which normally allows viewers to perceive what is happening. In General, small cozy rooms usually provide better comfort while viewing a movie because the screen size is not always indicative of its quality. In large halls the first rows are really best avoided.
4
Side seats aren't that bad, if we are not talking about the movie in 3D. The angle on the side of the field does not change too much, so the screen can easily cover the eye. However, if you have a choice between the side seats on the front or back rows, choose the latter.
5
If you want to watch a movie in 3D, be sure to sit in the center of the room. If the session is sold out all the good places, better go to the next. Quality 3D is not too suffers when viewed from the side, however most of the films in this format is actually not filmed in 3D, and was it artificially transferred after the shooting, as it is much cheaper. Converted 3D movies have the worst picture quality, which additionally suffers when viewed from the side.
Is the advice useful?
Подписывайтесь на наш канал