At what point a contract is concluded

In the contractform, Noah is a large part of the transactions which parties are legal or physical persons, and also those that sign on the one hand legal and on the other individual. The contract is a legal document, which imposes rather stringent requirements upon compliance with which the contract is concluded. 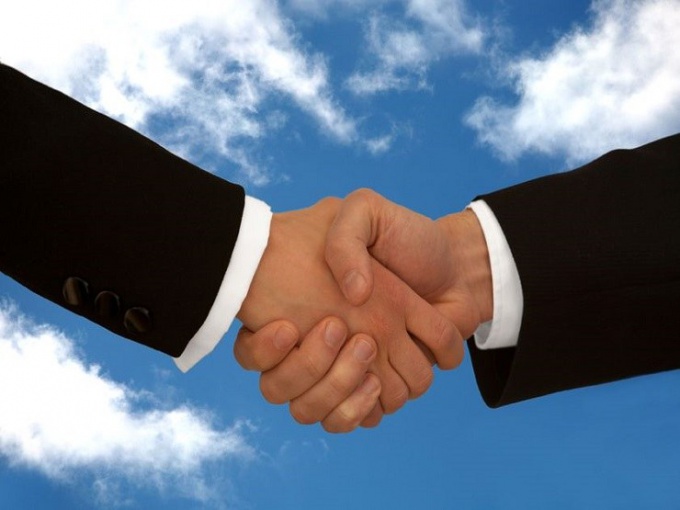 Related articles:
Instruction
1
The Treaty was considered valid, and, therefore, had legal consequences for the signatories must be complied with the following conditions:
- both parties agreed all the essential terms of this document;
- if required by law, registration of the contract;
- observed form of contract required by law or stipulated by the preliminary agreement of the parties.
Note that compliance with the agreement of all these conditions, according to legal experts, is necessary only for recognition of the Treaty are valid, but are not necessary for recognition of its prisoners.
2
As a result of disputes, lawyers have come to believe that the contract will be considered concluded from the moment when an agreement was reached, aimed at legal effects, and not with, when they complied with these formal conditions. The transaction is considered valid in the case when the parties do not have unresolved disagreements regarding its terms, as those defined in the Civil Code of the Russian Federation, and those that were initiated by the parties.
3
That is, they may be deemed to be a contract, the form of which, according to article 434 of the civil code, meets the requirements for this particular transaction, all the essential terms of which agreement of the parties. Form of agreement can be both oral and written, depending on this and determined the time of the transaction. Thus, the agreement of retail purchase and sale is made orally and the moment when it enters into force, is to issue the buyer a sales receipt or other document which confirms the payment. The agreement concluded in written form, shall enter into force after it is signed by both parties.
4
But the moment the Treaty's entry into force may depend on the material terms of the transaction, the property and its value. So, if we talk about the gift contract, in the case where the value of the gift does not exceed 3000 rubles, it can be concluded in oral form, and to enter into force immediately after the transfer of the gift from donor to donee. When the value of the gift exceeds this amount and the donor is a legal person, the contract shall be concluded in written form and the transaction will take effect immediately after the agreement is signed by both parties.
5
In the case when the gift is property, the condition of validity of such a gift contract is the state registration of the transaction. So, even if the contract will be concluded at the moment of signing by the parties, legally valid, he will only get after entering the information about it in the unified state register of rights to immovable property and transactions therewith, the unified state register.
Note
All real estate transactions will be considered valid only after entry into the unified state register.
Is the advice useful?
See also
Присоединяйтесь к нам
New advices