How to set the radio to the same frequency

In order for the users of the radios could communicate with each other, their devices should be tuned to the same frequency. Method of implementation of this configuration depends on the design used by radio stations. 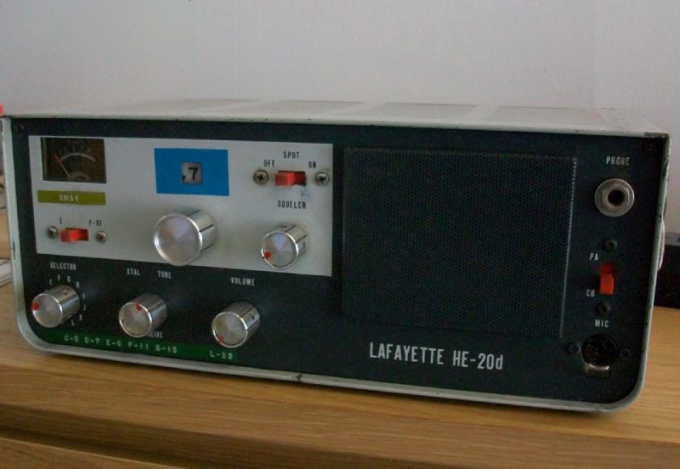 Related articles:
Instruction
1
First of all, make sure that you use a walkie-talkie approved for use in the country where you live. In the Russian Fedethe radio 's station standards LPD with a power output of 0.01 watt and PMR with the output power of 0.5 watt. Recently (November 2011) they are joined by the radio standard CB radio with output power up to 10 watts. All of these radios simply purchase and register them is not necessary. Also in our country you can use radio Amateur bands, but only after a rather complicated procedure of obtaining a call sign and category.
2
Before you can set up a station on a particular frequency and to operate on this frequency for a transmission, make sure that this frequency is in the range of work where it is allowed. Station with a fixed set of channels are usually arranged so that to set them on undiepatrol frequency just fail. But there are exceptions. So, some expensive radios standard CB channels overlap part of the Amateur 28-megahertz range. To work on these channels for transmission without permits is prohibited. If the Amateur station rebuilds it usually smoothly or in small steps, and the set of frequencies and the capacity in which you are allowed to work depends on so-called category.
3
Also important aspect. If your station is a multi-band, and the antenna is designed only for a specific range, work on it for transmission in other bands is not strongly recommended, even if you have that right. The radio can be damaged the output stages of the transmitter.
4
If the radio has a smooth tuning around the band with the help of the Vernier, set it to a frequencyclose to the one that is configured in the friend station. Let the owner of something transfers. At this time, working on reception, set up his station rather by the maximum signal (with amplitude modulation), distortion (frequency modulation) or natural sounding voice (when SSB modulation). In the presence of pen the exact settings and be sure to use it.
5
Station with analog tuning can be equipped with a so-called numerical scale. If it is, the installation of the working frequency is greatly simplified: just make the indicator corresponding to this frequency. As comfortable and optical scale, almost not conceding on the accuracy of digital.
6
Station with frequency synthesizers typically allow you to enter this parameter in several ways. If the frequency is exactly known, enter it directly with numbers from the keyboard. Or, set up a station so called the encoder - an electro-mechanical emulator knob. The frequency is displayed on the screen.
7
Station with a fixed set of channels set using the arrow buttons. One of them reduces the number of channel, the other increases. The instructions indicate which channel number corresponds to which frequency.
8
If a station has a fixed setting on one channel, communication between two such devices is possible only in the case that these channels are the same. Some imported single-channel station the release of the early nineties is calculated on use of replaceable quartz resonators. Be sure to turn off the radio before they change.
Is the advice useful?
See also
Присоединяйтесь к нам
New advices