Why some people almost don't get drunk

Everyone knows that people drink alcohol and behave differently. Some to get drunk, just one glass of wine, while others you are ableto drink a lot more and it seems that they are completely sober. It turns out that it all depends on various physiological factors, i.e. individual characteristics of a human being. 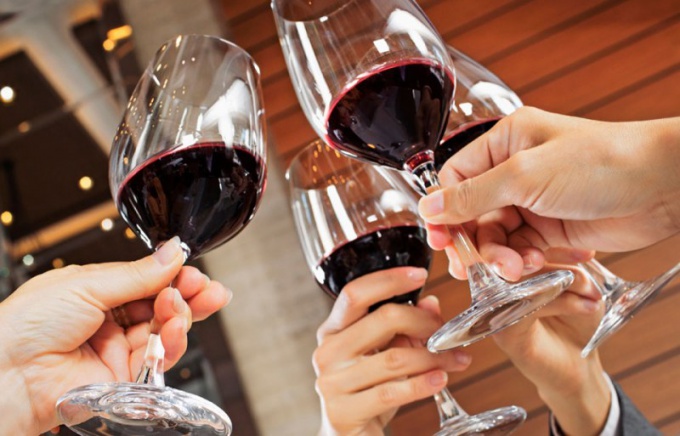 Related articles:
Instruction
1
In General, drunkenness is a consequence of the influence of ethanol contained in alcoholic beverages. This substance has a very strong psychologically active effects. In the use of alcoholic beverages are observed various changes in the emotional state of a person, his behavior, coordination and perception of reality. Due to the action of ethanol alcoholic beverages can temporarily improve mood, relieve emotional stress, to liberate people. However, for each person, the amount of ethanol an individual, for some it can be very large, therefore, it seems that such people do not get drunk.
2
In the human body, ethanol is absorbed through the mucous membrane, mainly through the walls of the stomach and intestines. When a substance enters the bloodstream, it begins to exert a certain influence on the red blood cells, causing them to stick together. Microscopic clots of red blood cells clog small blood vessels that feed the brain. Because of this occurs anoxia of brain cells, and therefore manifest different deviations in human behavior, for the same reason, and disturbed coordination of movements. Different people have signs of intoxication may be different to have individual characteristics.
3
In many respects the degree of intoxication from a given dose of ethanol depends on the weight and growth. Larger than a man, the less he gets drunk. The fact that the degree of influence of ethanol on the organism depends directly on its concentration in the blood. That is, the greater the blood volume, the lower it is the concentration of intoxicating substances. For the same reasons women generally get drunk quicker than men, because by nature they are more fragile. It so happens that the tiny girl are able to get drunk even from a modest glass of champagne.
4
Affect the degree of exposure to ethanol and rate of beverage consumption. The fact is that if you drink very quickly, and lots of clumps of red blood cells faster reaches the blood vessels of your brain, that is, intoxication comes faster. Affects the body and the amount of food consumed along with alcohol. Appetizer is the substance that can hold ethanol, so people who eat a lot during drinking of alcoholic drinks, get drunk much more slowly.
5
One of the main reasons that a person gets drunk much more slowly than others, are special enzymes in his body. They have everyone, but the number of them individually. These enzymes produced by the stomach, can break down alcohol, not allowing him to get into the blood. It is believed that women have the amount of enzymes in the body much less than men, but is rather an assumption than a proven fact. And of course, on the degree of intoxication affects the company of people with whom you spend time. In a comfortable, relaxing calm atmosphere a person is able to get drunk much faster.
Useful advice
Do not give up snacks during drinking of alcoholic beverages. This will allow you to not only less to get drunk, but also protect the stomach from adverse effects of ethanol.
Is the advice useful?
Подписывайтесь на наш канал