Solovetsky Islands, or Solovki is the largest archipelago in the White sea, with an area of about 350 sq. km. it Consists of six large Islands:
- Solovki,
- Of Anzersk,
Big Zacky,
- Small Sacci,
- - Bolshaya Muksalma,
- Malaya Muksalma's Translation
and more than a hundred small Islands. In 1992 the Solovetsky archipelago is included in the world heritage list of UNESCO. 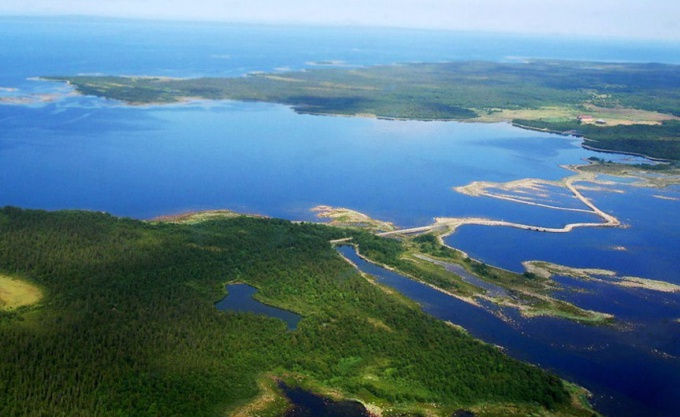 The territory of the Islands and their surrounding waters are today a nature reserve. In the archipelago there are about 630 of rivers and lakes. The special microclimate of the Solovetsky Islands due to its geographical position – 165 km from imaginary line of the Arctic circle. In winter the temperature can drop to -45 degrees and the short summer and frequent rains contribute to the constant dampness. Despite the weather conditions, bad roads, and poorly developed infrastructure, visit Solovetsky Islands seeks more and more tourists. Rich history, many monuments of culture and archeology, nature and animal world of the North, the Solovetsky monastery and Solovetsky special purpose camp (SLON) – all this attracts those, who are going to visit this place. 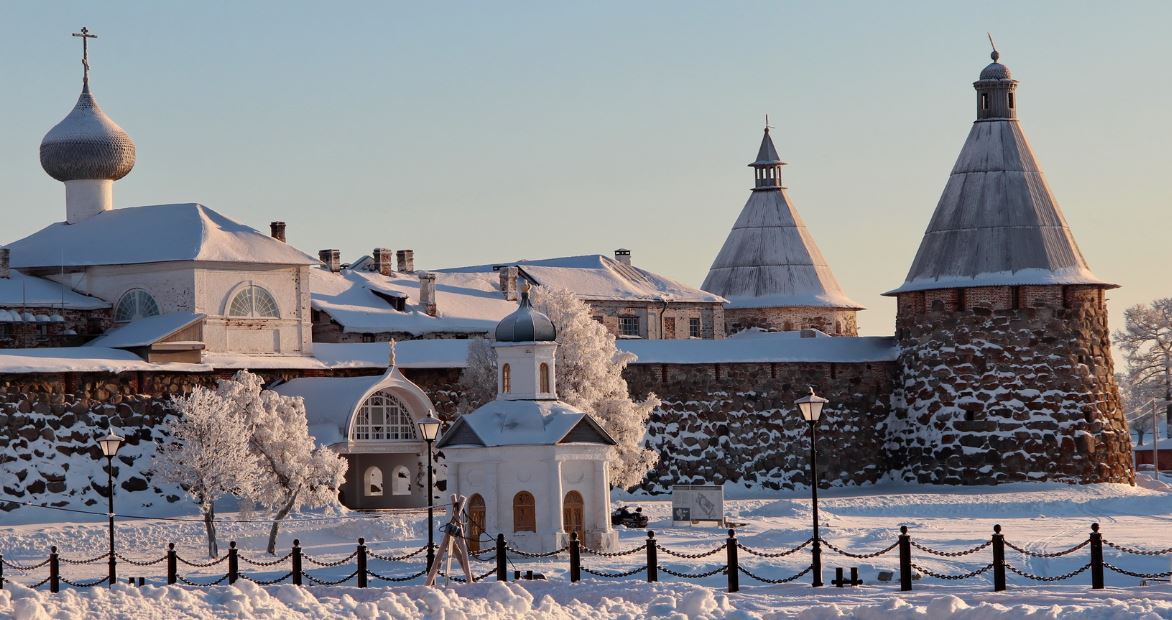 In the XV century, a monk of the Valaam monastery of the monk Savvatii and Herman arrived at Solovki in search of a solitary place for prayer and reflection. Where is now Savvatievo skit, they erected a cross and built a cell, and so began the history of the Solovetsky monastery. More than five years, Herman and savvatiy spent in prayer and diligent labor, in 1435 savvatiy died. In his place, Herman has led a young monk Zosima all that on the first day of stay on the island had a wonderful temple. In the place where Zosima all had a vision hermits built a Church in the name of the Transfiguration. Having heard about such a unique place on the island began to arrive, and other residents. In 1436 the Archbishop Jonah gave permission for the establishment of the monastery. Abbot of the monastery was Zosima. 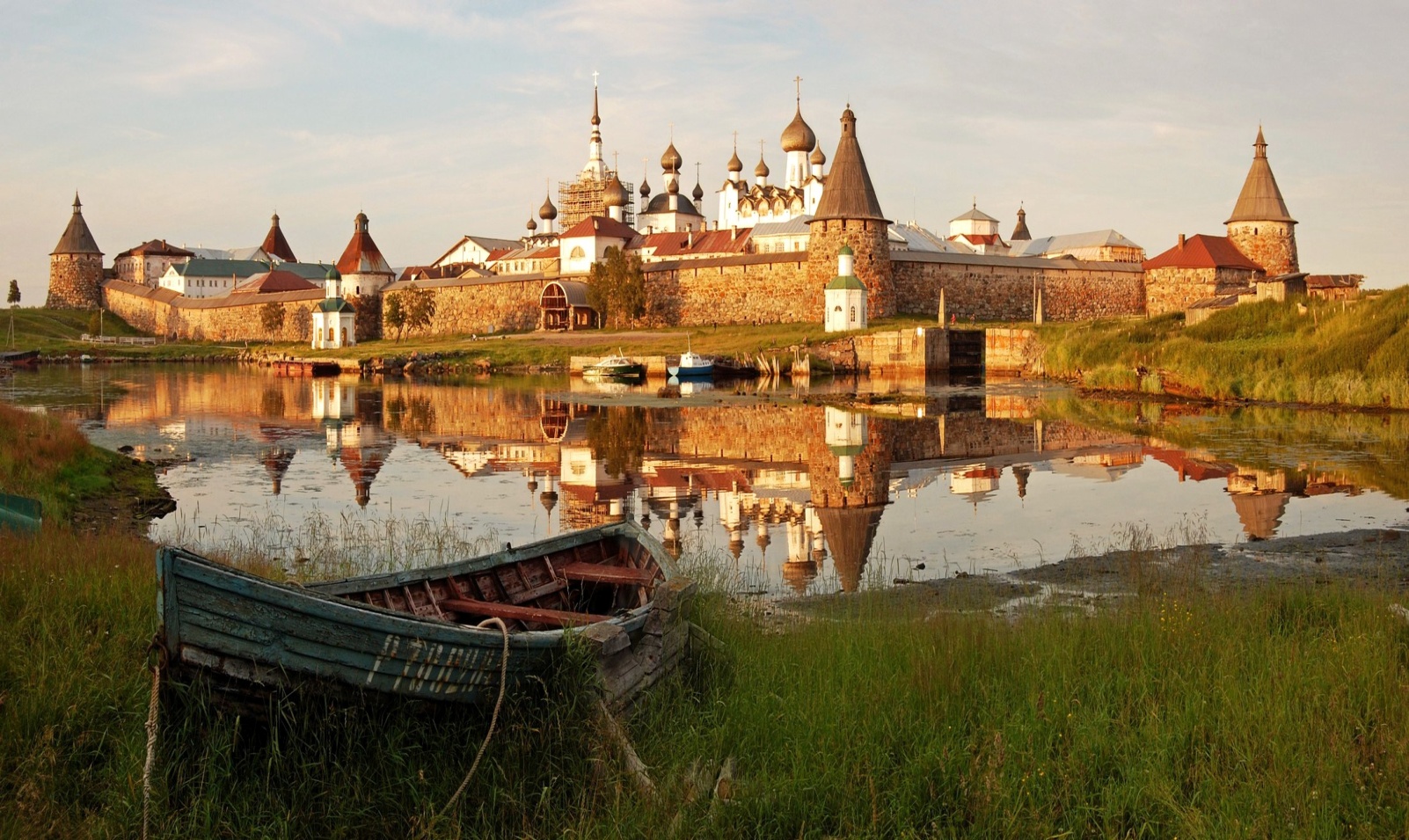 During the war, in 1571, when a number of Solovki appeared Swedish ships, Ivan the terrible adopts the decision on the construction of a wooden fortress. But in 1582 instead of the wooden one begins construction of a stone fortress. In its history, the Solovetsky monastery has experienced many sad events – the Solovetsky uprising, which lasted 8 years, attack by British ships during the Crimean war and throughout its existence it served as a place of exile. In 1920 the monastery was closed, and later at the monastery organized the Solovetsky special purpose camp (SLON), which in 1937 transformed into the Solovetsky prison special purpose (GROAN). The revival of the monastery began only in 1967 – on the Solovki was created Museum-reserve. Since 1990, opens the Spaso-Preobrazhensky monastery, which operates to this day. 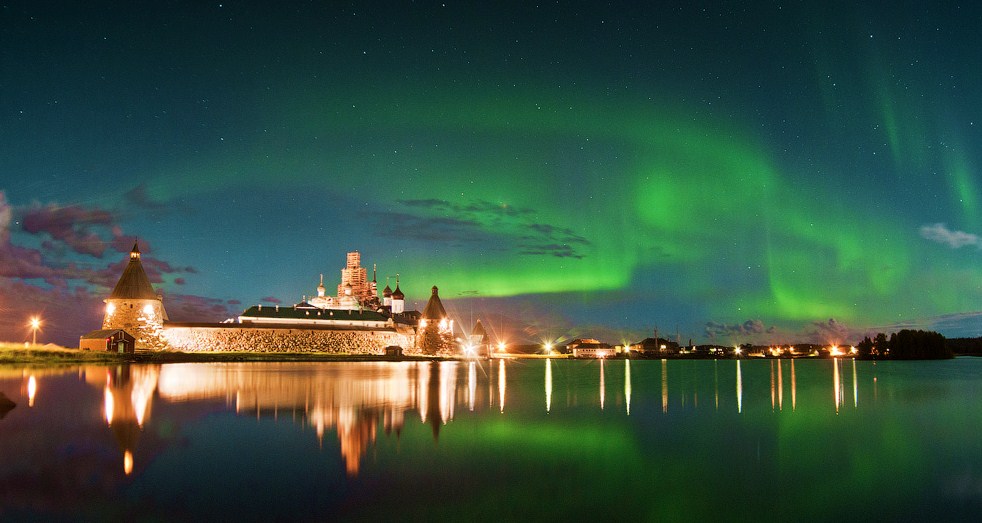 The Islands were used by people in the V century BC and the III century BC there was built a pagan temple - maze. The Solovetsky labyrinths or North is the spiral image, composed of small stones. Mazes a variety of sizes - from 1 to 25 meters, height of not more than 50 cm On the Solovetsky archipelago found one of the largest accumulations of labyrinths – at least 35 known to date and many different stone formations and embankments. The greatest part of the stone labyrinths located on a Large SATCOM the island. Still not set the value data of labyrinths, but their historical and cultural value is undeniable. 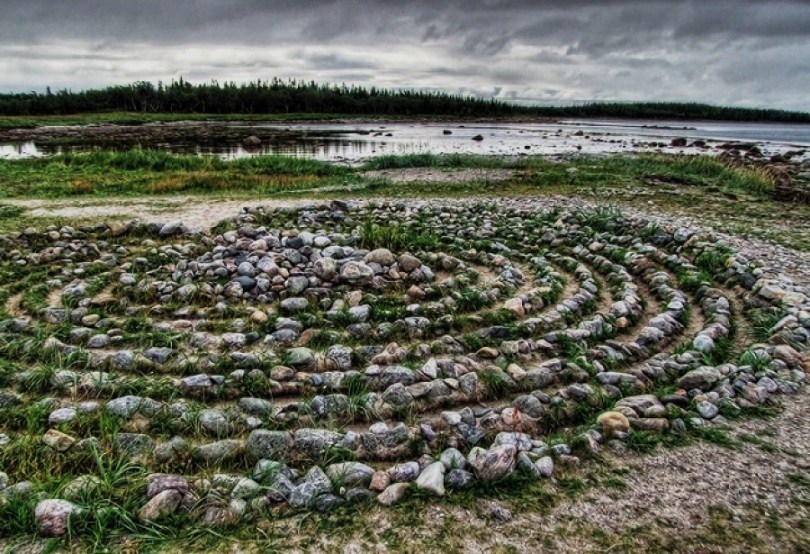 On the territory of the Solovetsky Islands can also be seen:

Negotiating a stone monument dedicated to the events of the Crimean war. 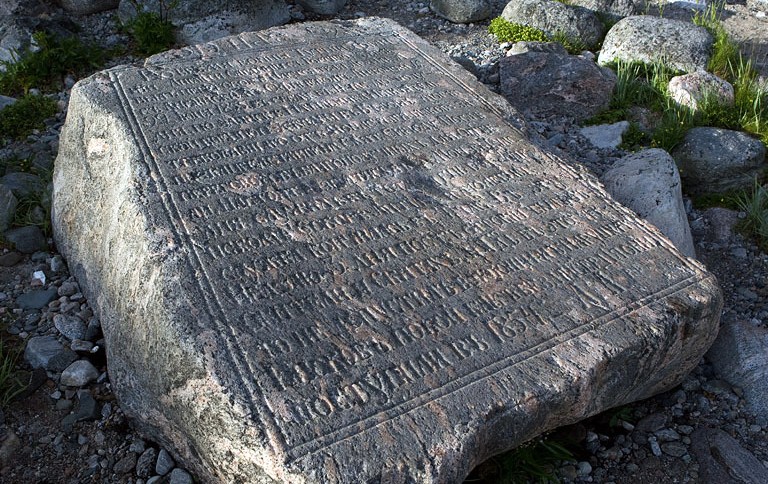 To ensure that all necessary monastery was made a lot of pieces, for storage of various supplies throughout the territory were built in special hermitages. Now it is known that on Large Solovetskii island was founded by three main skit – Savvatievo skit (vegetable), a skit on the Sekirnaya mountain (berry), Isakovsky skit (fishing and hay). The Hermitage on the island-Bolshaya Muksalma was the farmyard and the Big island SATCOM was founded by Andrew Skeet – the "sea gate" of Solovki. 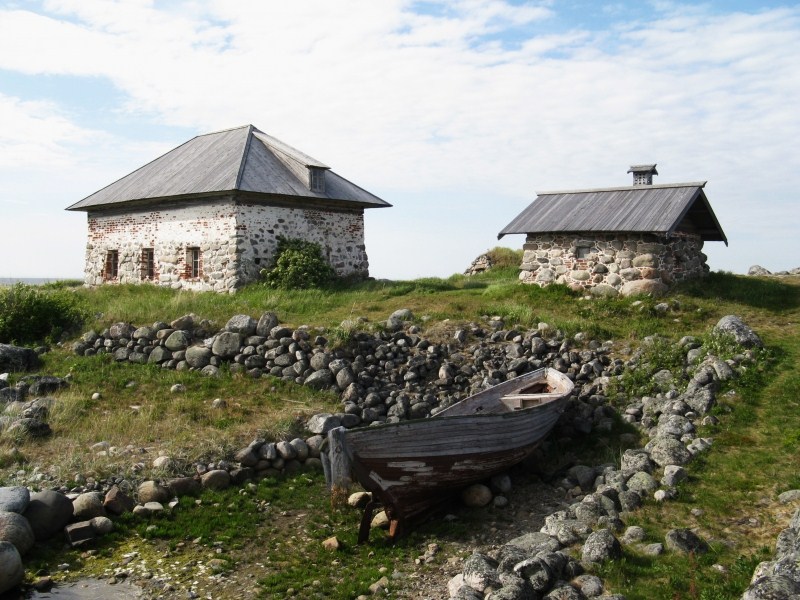 The dam is a unique structure that connects the Islands-Bolshaya Muksalma Bolshoy Solovetsky and. In the monastery was forbidden to keep cattle, so it was decided to build a Hermitage for its content on a nearby island. The lack of land communication between the Islands snaring. In the mid-nineteenth century, it was decided to build a bridge-dam. The dam is built of large boulders and sand, has a length of 1200 meters. 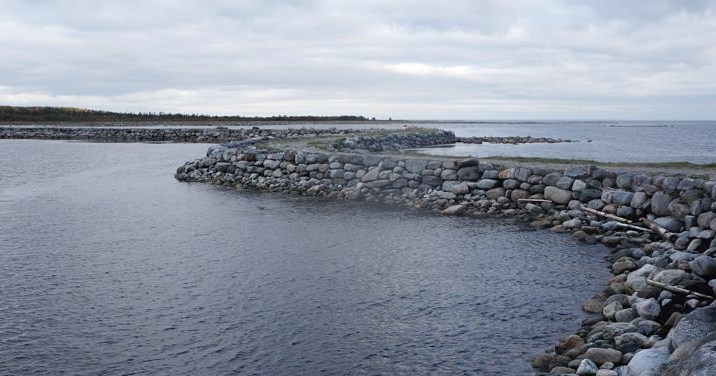 The Botanical garden was founded by the Archimandrite Macarius, in 1822. The garden is located between two lakes. There are more than 500 species of plants, some of them were planted by the monks in 1870, and some prisoners of the Solovki prison. Although the territory of the Solovetsky archipelago and is a conservation area, is open for fishing and picking mushrooms and berries. 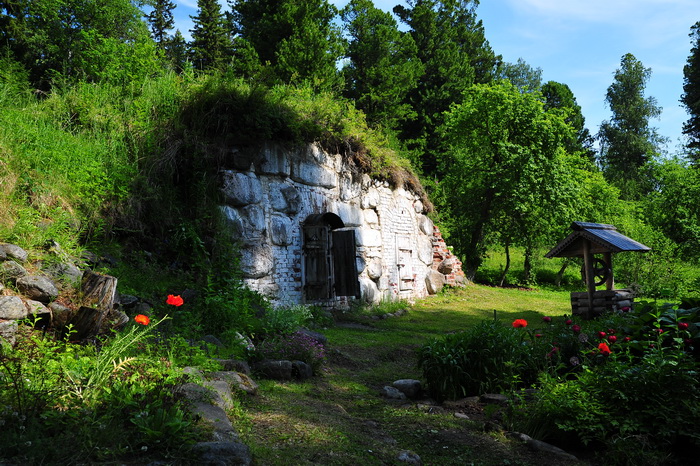