Is it possible to fly during pregnancy

Before childbirth expectant mother may plan to fly on vacation or to my parents, and, perhaps, to go on a business trip. However, for flights in certain periods of pregnancy can be dangerous. 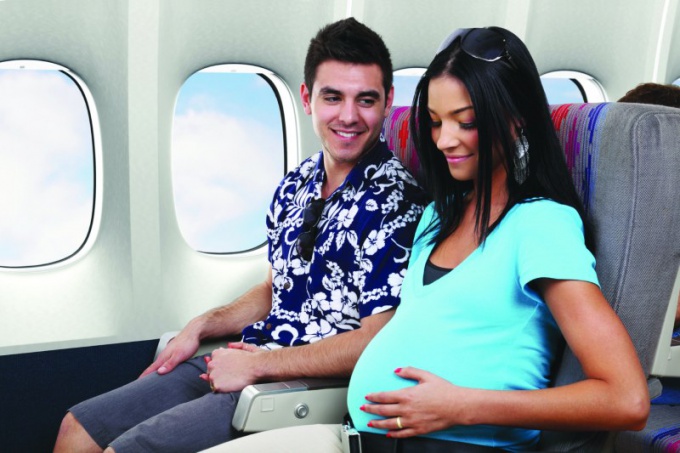 Related articles:
Instruction
1
The first trimester is the most unfavorable for travel time. The changes in pressure during takeoff and landing can cause hypertonicity of the uterus, and in rare cases cause miscarriage. Often in early pregnancy to women suffering from toxemia and headaches, the expectant mother observed lack of energy and hypersomnia. Flying could make those unpleasant and time spent on the plane will be a real torture. So usually doctors advise to refrain from flights in the early stages of pregnancy.
2
With the onset of the second trimester a woman's body becomes accustomed to his new condition, toxicosis, as a rule, retreat. The stomach is small, and the mother feels generally well. All the necessary flights, doctors recommend to do in this period, i.e. from the 13th to the 27th week of pregnancy. If you are going on vacation, try to choose a country with a mild climate, high level of medicine and are from where you live 3-4 hours away by plane. Then, with high probability, you will not encounter any problems during flights.
3
Most airlines will allow flights up to 36 weeks of pregnancy. However, it is necessary to know in advance the rules of your carrier. A number of airlines requires a certificate on the health status of the expectant mother, since the period of 28 weeks, and some carriers are not taking on Board your pregnant women, even if the flights were allowed lying a doctor.
4
In the third trimester women often have elevated blood pressure, some suffer from edema or toxemia of late. If you have one of these conditions, the flight should be abandoned. In the cabin is often stifling. This brings not only discomfort to the mother and may lead to oxygen starvation of the fetus. Changes in blood pressure, shaking during the flight or sudden braking during landing may worsen the condition of mom and baby, and in rare cases can induce premature labour.
5
Before planning the flight by plane during pregnancy, consult your gynecologist. Based on your health status and indicators of development of the fetus, the doctor may recommend you postpone the trip for a few months, or abandon it before the birth. Also, the gynecologist might prescribe you medication that should be taken before and during the flight to minimize the potential risk for both you and baby.
Is the advice useful?
See also
Подписывайтесь на наш канал