Where is the source of the Volga

The Volga river – great Russian river, has long become a symbol of Russia. She is depicted on the canvases of artists, its greatness is not just glorified in songs and poems. When you hear the name of this river, imagination immediately draws a picture of the vast water expanses. But in the upper Volga is only a small trickle. 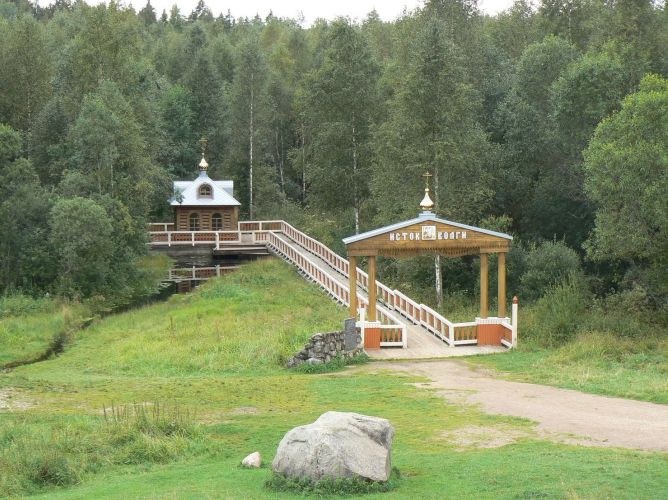 Where does the Volga

Many know that the Volga flows into the Caspian sea. And here is where the river originates, will say not everyone. Meanwhile, in place of the headspring is a lot of attractions which attract numerous tourists interested in natural resources of Russia and history of the country. And the Volga is one of the most famous natural treasures of the Russian land.

The Volga river begins its long journey across the expanses of Russia in the heart of a small village in Volgoverkhovye located in Ostashkov district of Tver region. The source of the river is at an altitude of about 230 m above sea level from the South-West of the village. Here from a small swamp to make their way to the surface several tiny springs, which are combined in a small pond.

In this place the river Volga, you can easily jump and even walk, it's just a trickle of a width slightly more than half a meter and depth of 30 cm, the Water has a distinctive dark red hue. The headspring is so small that in dry years it periodically almost completely dry. Near the source of the Volga, located in the Valdai hills, originates ecological trail that passes through scenic terrain.

Near the spring was built a chapel, which laid a small bridge. In three hundred metres from the source you can see the remains of an old stone dam, built in the early last century, in the years here Olginsky monastery. In three with small kilometres yet a small rivulet enters the lake Small Verity.

The Upper Reaches Of The Volga

Then after 8 km on the road of the Volga, lies the larger lake Sterzh, included in the upper reservoir. The river cut through the water of this reservoir, almost without mixing with them. Locals say that in good weather from the lake shore you can see through it with the force is the Volga. On the way of the great Russian river are also lake vselug, Peno, and Volgo, where there is a dam regulating the flow and water flow.

Volga passes through the Tver region a long way – more than 680 km. In the whole territory empties into the river over hundreds of tributaries – small rivers and streams. Then the river carries its waters in the vast territory of the European part of Russia. The Volga basin in the West starts from the Valdai hills and extends East almost to the Urals. The upper Volga is the area from the source to the place where this river joins with the Oka.
Is the advice useful?
See also
Присоединяйтесь к нам
New advices