What is right lower lobe pneumonia

Pneumonia – an acute infectious-inflammatory disease affecting one or both lungs. Most often pathogens are viruses or bacteria, rarely fungal pneumonia. Pneumonia can develop as an independent disease or occur as a consequence of other pathological processes in the body. 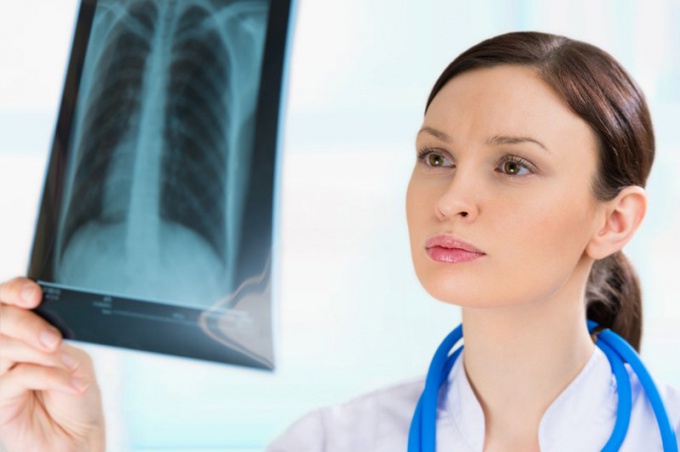 What is right lower lobe pneumonia?

Depending on the localization of the affected area of pneumonia may be unilateral or bilateral: unilateral when the inflammation affects only one lung, with bilateral – both. When right-sided pneumonia of the right lung is affected.

The right lung of a human is anatomically somewhat different from the left. First, it is shorter and slightly more volume. Second, the right lung is divided interlobar slots on three lobes – upper, middle and lower, whereas in the left Magdalena the crack is only one, and shares, respectively, only two – upper and lower.

If the inflammation affects the whole lower lobe of the right lung (also the process can involve the pleura – the lungs), it is possible to speak of a right lower lobe pneumonia.

If the site of inflammation does not extend to the whole share, he may be limited to one or more of its segments or a lobe of the lung – in these cases are diagnosed with segmental or lobular pneumonia.

Inflammation of the right lung is more common due to the anatomical structure of the bronchi – the right bronchus is shorter and wider than the left, so it can spread the infection faster. Following the defeat of the bronchi, develops focal damage to the lung tissue, and it is in his right lung can be simultaneously placed a few foci of inflammation in various stages of development. This explains the typical for right-sided pneumonia – the disease occurs in waves, after a period of temporary improvement of the patient's condition may re-occur deterioration.

Lobar pneumonia, as a rule, begins acutely with high fever, strong chills, sweating. Stands out when coughing sticky mucus, sometimes with a "rusty" orange color. Any physical exertion causes in patients with severe shortness of breath.

Chest pain can appear as coughing, and when you try to take a deep breath. Most often, the pain localized in the affected area of the lung and means that the inflammation has affected the pleura.

Right lower lobe pneumonia, as well as some other types of pneumonia, in some cases, occurs in abortive form symptoms thus expressed little or absent. This pneumonia is extremely dangerous, especially if we are talking about a child's illness – the risk of complications increases several times due to the inability to diagnose the disease. Usually pneumonia is treated in a hospital, however, if the patient's condition allows and there are no complications (pleurisy, cardiac or pulmonary insufficiency, obstruction of the bronchi), pneumonia can be cured at home and under the supervision of the local doctor.
Is the advice useful?
See also
Подписывайтесь на наш канал