On may 8 of 1886 an American druggist John Pemberton invented a delicious drink, which soon became known around the world. It is believed that the name "Coca-Cola" suggested the accountant of Pemberton. Once to three parts Coca leaves was added one part of the nut of a tropical tree Cola. The patent States that this drink helps in the treatment of any nervous disorders. Pemberton claimed that his mixture eliminates the thrust to morphine, improves potency, improves mood. Now the drink has changed a lot. 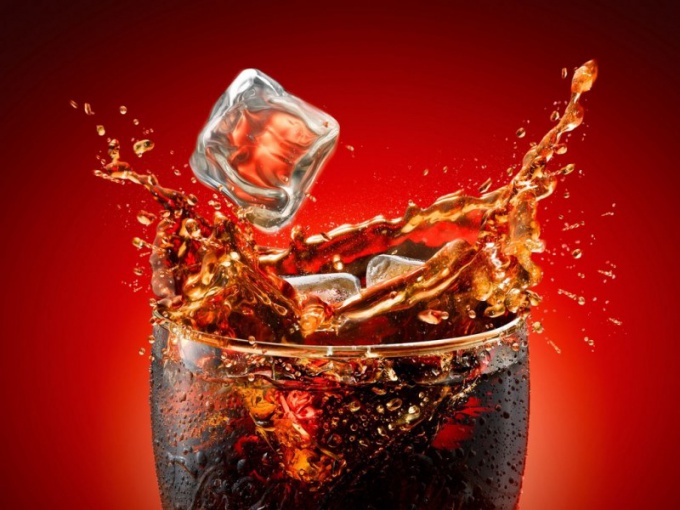 Related articles:
Instruction
1
To date, the true recipe for Coca-Cola is a closely guarded secret. However, it is known that harmful not the drink and food supplements, included in its composition. One of them is caffeine. The substance contained in Yerba mate, tea, guarana, coffee beans. Small concentrations of caffeine stimulates mental and muscle activity, relieves stress, improves memory, helps to recover after physical exertion. In the coke content of the alkaloid is sufficiently large. Only one glass of fizzy drink causes the body to produce serotonin – the hormone of joy. It speeds up the transmission of neural impulses, causing the man becomes a little happier.
2
The use of Coca-Cola in large quantities leads to the body huge amounts of caffeine, which starts to act negatively. Scientists and doctors note that people who drink 1 or more liter of coke, increased blood pressure, starts to fight more often heart. Doctors do not recommend abusing coke high blood pressure, as well as those who have found the arrhythmia or ischemia. Harmless to the human body Coca Cola is the periodic (not more than 1 time per week) consumption of 300 ml.
3
Coca-Cola is not advised for people with ulcers or gastritis, as this drink increases the acidity of the stomach. In addition, phosphoric acid is included in coke leaches the body of calcium. This can make the bones brittle, nails are brittle, can affect the normal functioning of the kidneys and liver. The world's most popular carbonated beverage that promotes acne and slows the process of blood clotting.
4
Coca-Cola contains additives marked E. Acesulfame potassium (Е950) is several hundred times sweeter than sucrose. This additive increases the shelf life of the beverage, no calories, does not cause allergies. However Е950 contains methyl ether and asparaginovuyu acid, addictive, and impair the cardiovascular system. Acesulfame potassium in many sugary carbonated drinks used in tandem with aspartame (E951). Aspartame – widely known sweetener composed of phenylalanine and asparagine. E951 in small quantities to use for patients with diabetes and people suffering from excess weight. Recent studies have shown that aspartame stimulates the growth of cancer cells, accelerate the course of Parkinson's disease and Alzheimer's and another couple of dozen serious diseases.
5
Reklamowa acid and its salts (sodium, calcium and potassium) indicated on the label as Е952. This preservative is a synthetic sugar substitute. In 1969, in America and Canada, this additive was banned as being carcinogenic and causing cancer. In 1975 reklamowy acid was banned in Singapore, South Korea, Japan and Indonesia. However, in 1979 the world health organization recognized the substance harmless.
6
Phosphoric acid (Е338), part of Coca-Cola is capable of for four days without residue to dissolve the human nail. This acid irritates the skin and eyes. This Supplement Coca-Cola was recognized as an excellent detergent. This drink removes rusty spots. If you can't Unscrew an old rusted bolt, soak a rag in Cola and wrap her mount. After a few minutes the bolt will turn without too much trouble. If the clothes have stains from potassium permanganate, brilliant green, cherry juice, blood, grass, Coca-Cola will help get rid of them. In a basin with water, add a can of drink and some washing powder. Soak the clothes for 10-15 minutes and then wash as usual in the car.
Is the advice useful?
Присоединяйтесь к нам
New advices