The principle of operation of alternator

The electrical generator is a device by which mechanical energy type is converted to electric. Such devices are widely used in manufacturing and some technical systems, for example in cars. The basis of operation of the generator is the phenomenon of electromagnetic induction. 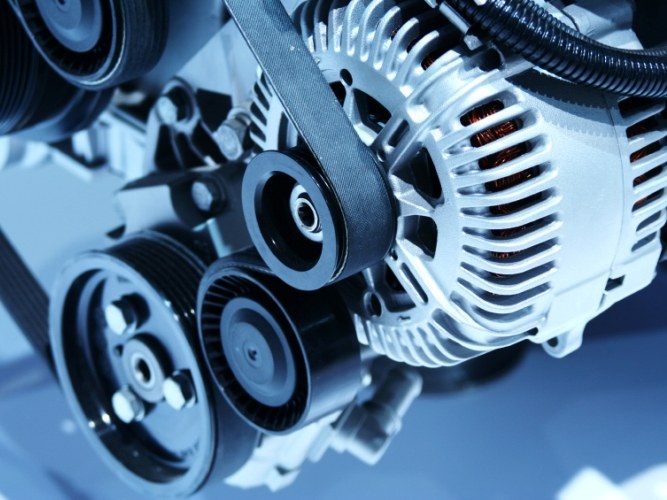 The device of the alternator

In practice using several types of generators. But each of them includes the same constituent elements. These include the magnet, which creates the appropriate field, and special wire winding, where the generated electromotive force (EMF). In the simplest model of the generator performs the role of the winding frame, can be rotated around a horizontal or vertical axis. The amplitude of EMF is proportional to the number of turns in the coil, and the amplitude of oscillations of the magnetic flux.

The inner core is called a rotor. It rotates around the axis together with its winding. The core, which remains without movement, performs the function of the stator. To make the magnetic flux is strongest, and the loss of energy is minimal, the distance between the stator and the rotor are trying to do as little as possible.

On what principle does a generator

Electromotive force occurs in the stator windings once the electric field, which is characterized by vortex formation. These processes are generated by the change of the magnetic flux, which is observed during accelerated rotation of the rotor.

Current from the rotor is fed into the circuit by means of contacts, having the form of sliding elements. To make it easier to ends of the coil attach the rings called contact. The rings are pressed against the stationary brushes, through which the connection between the electric circuit and the windings of the moving rotor.

In the coils of the winding of the magnet, where the magnetic field is created, the current has a relatively small force when compared with the current which the generator gives to the external circuit. For this reason, the designers of the first generators has decided to withdraw current from the windings located statically, and the weak current to the rotary magnet to apply via your contacts, providing the sliding. In generators of low power field generates the permanent magnet-type, which is able to rotate. This design allows the simplification of the system and does not use rings and brushes.

Modern industrial generator of electric current is a massive and bulky structure, which consists of metal structures, insulators and copper wires. The size of the device can be several meters. But even with such a solid structure is very important to maintain the exact dimensions of the parts and the clearances between moving parts of electrical machines.
Is the advice useful?
See also
Подписывайтесь на наш канал