What is the history of the national anthem of Russia

Anthem is one of the three national symbol of any country of the modern world. Each nation has its own solemn music. As a rule, the words of the hymn briefly reflect the essence of the state, political position, etc. the History of the Russian national anthem clearly demonstrates how Russia was tossed from one extreme to the other in certain historical boundaries. 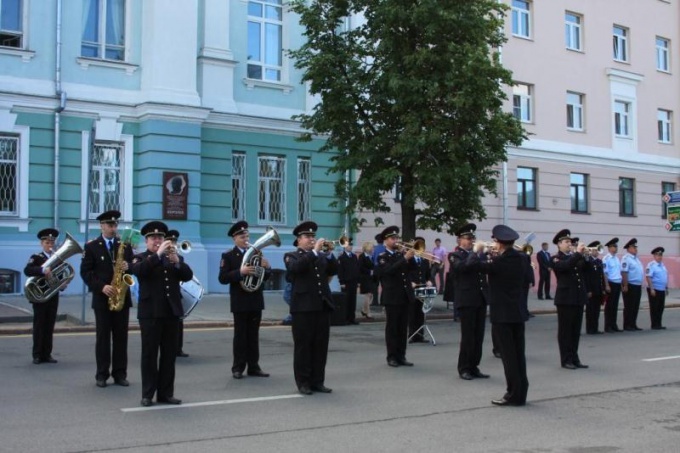 The history of the national anthem of the Russian Federation

Russia a while even without the national anthem. Then the ceremony of taking the overseas ambassadors and other events of a public nature was held under these or other hymns. All this continued until the end of 1780-ies. The time when began the history of the Russian anthem can be considered the end of the reign of Emperor Peter I. It was then that the Czar has issued an order to perform the oratorio "the Transfiguration of the March of Peter the Great" in all official state events. Did Preobrazhensky March is the most important and significant in country music.

"God save the Tsar!" first the national anthem of Russia

The history of its establishment originates after the end of the Patriotic war in 1812 year. Another name for this hymn – "Prayer of Russians". The words to this piece was written by famous Russian poet Vasily Andreyevich Zhukovsky. The first performance coincided with the celebration of the anniversary of the opening of the Tsarskoye Selo Lyceum. In addition, the most significant event for the Russian anthem of the time was to touch him, the Sun of Russian poetry – Alexander Pushkin.

In modern Russia for the desecration of her anthem you can get a real prison term of up to one year, or to pay a fine up to three hundred times the minimum wage.

The fact that the great Russian poet has added to the basic words "Prayer of Russians" two more verses. This anthem was performed on the same festive day on the occasion of the anniversary of the opening of the Tsarskoye Selo Lyceum. This piece of music is so heavily inspired by Emperor Alexander I that he issued an order about the use of this anthem at all public events dedicated to the meetings of the Emperor. Since then, the work of "God save the Tsar!" was in the mandatory repertoire of the regimental band.

In 1833, during the celebration of the anniversary of the victory of Russian army over Napoleon, the history of development and formation of the Russian national anthem got its unexpected continuation. Now music piece "God save the Tsar!" has acquired the status of an official anthem. The words were rewritten by Prince Lvov. This hymn is sounded until the abdication of Emperor Nicholas II in 1917-m to year. The leader of the world proletariat V. I. Lenin was inspired by this music piece. In the result a decree was issued on the replacement of the anthem "the Internationale." He was destined to survive for long. Already at the III Congress of Soviets it was cancelled.

The anthem of post-perestroika Russia was supposed to sound to the music of "Patriotic song" by Mikhail Glinka. As a result, the Commission considered more than 6,000 texts sent from all over the country. Has not approached any.

The history of its development took its origin in wartime: January 1, 1944. Just then the radio came a piece of music Mikhalkov and El-Registan called "unbreakable Union of free republics". This anthem was officially performed at certain state ceremonies and celebrations, from 15 March 1944 to 11 December 1993. After the restructuring, the author of this hymn Sergey Mikhalkov, rewrote his words to the music of Alexandrov. In the end, anthem of the Russian Federation was officially approved on March 24, 2001 after the signing of a decree by President Vladimir Putin.
Is the advice useful?
Подписывайтесь на наш канал