Why did the orchestra need a conductor

Any musiclname instrument is required by. Under the sensitive fingers of the master reveals the true essence of the work. And this is especially important when the tool refers to the whole orchestra. 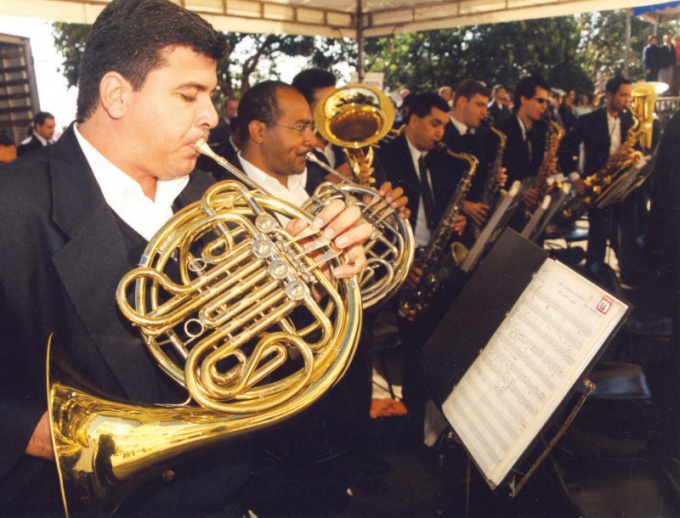 Related articles:
It is hard to imagine how thin hearing, understanding works, lively perception must have a conductor. It is the master, catching on the fly every note, subtle nuance, understanding the flaws, which tracks the most subtle dissonances and disruptions in the body called the orchestra. If for a specific tool need player, for orchestra needed a conductor, because for a man the whole band is the best instrument that you can play lovely melodies.

The conductors where they

It is interesting to note that finally the conductor's art took shape only in the nineteenth century. However, at the early bas-reliefs of the Assyrian and Egyptian civilizations were images, where one person with something like a wand, operated by a group of people playing musical instruments. Something similar happened in Ancient Greece, where a special person with gestures of hand ruled music.

The closest relative of the conductor's baton - violin bow, because they often set the pace concertmaster or first violin.

It should be said that in the early stages of the development of orchestral performance, it was not as complex as now. And the conductor was not always necessary. Partly a further development and logical complexity of the works and justifies the art of the conductor, as well as the necessity for it.

The increasing complexity of symphonic music, increasing the number of instruments in the orchestra demanded that all of this was guided by the special person – the conductor. He was holding a special stick in the shape of a tube of leather or simply rolled in a tube notes. Familiar wooden stick appeared only in the early nineteenth century. The first used the Viennese conductor Ignaz von Mosel.

Interesting, but initially for decency conductor managed the orchestra, facing the audience.

In the practice of the artists had a common tradition that the composers themselves often performed his works. They toured with their own orchestra and played music in a permanent location. The composer in this case acted as a conductor.

The importance of the conductor

The average orchestra consists of two or three dozen performers, and if you take more, you can operate number about a hundred. Despite the fact that everyone has their own score a person can have an opinion on how you should play: quiet, louder, faster, slower. As you know, many people – so many opinions. Imagine a crowd of people, each with their own understanding of the work. The end product of disruption will be at least a cacophony.

Here and required by the supervisor. The one who will tell you where to play a little quieter, a distinctive accent, how to take a break. Complex management science orchestra allows exactly to give instructions as individual musicians and groups. The only way a work of genius finds the fullness, integrity and lives for centuries.
Is the advice useful?
Подписывайтесь на наш канал