Why man becomes a social outcast?

An outcast is a person who is rejected by society. All his attempts again to enter his or her social environment over the same scenario – he again is rejected. Why a person gets into the role of outcast and how to get out of this role? 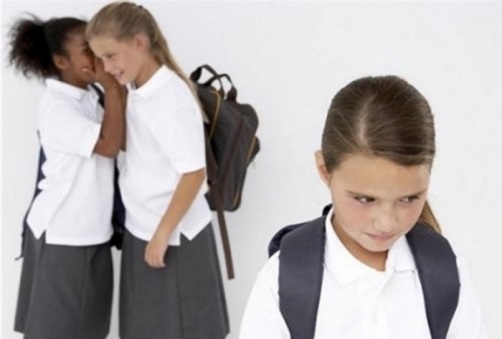 When the team rejects man

In each community the rejection of someone occurs in various forms. In school it can be mocking, insults, and even physical harassment in adult teams the rejection may take the form of sophisticated ignore when it seems there is outright neglect, however, one becomes very bad, and all the others, if pre-arranging, play a role.

An outcast becomes one in whom a large part of other people starting to see what they reject in themselves. These may be qualities such as insecurity, lack of success in the profession. However, it can be any quality that is in this team for some reason was banned. For example, does not like the fussy chief of staff or anyone who likes to take the initiative. If he can spread his mood for the rest of the staff, an employee with such qualities can become an outcast and endure a lot of negative points with respect from others.

Or another example. There are groups in which an atmosphere of ambition. Members of such groups set themselves and each other challenges and are very proud when we manage to implement them. If a team gets a man devoid of this quality, he may become an outcast due to the fact that others can't respect it and will see it as something that I would not like to see in ourselves – the lack of desire to achieve anything in life.

Thus, in most cases it turns out that the rogue be against a particular team. If the same person goes into another community, which is not rejected by the qualities which it is inherent, it can quite well there feel.

Sometimes the groups of children the outcasts are those children whose parents are too watch over them and control their lives. Also, the reason of rejection can be a feature that does not accept the team – a disease trait belonging to a particular social stratum, on the contrary, poverty or financial security.

In this case, you need to perform, what values are inherent in the team what qualities are rejected. After that, you need to understand what quality shows the man who became an outcast. If this contradiction is insoluble, it is necessary to look for a new team, or build relationships with that information.

When a person rejects others

However, it so happens that man becomes a pariah in almost any team. This is a completely different situation. Here we have to understand what qualities in a person make him an outcast.

First, this rogue may initially deny many of the values which are professed by the team and disrespecting some statements and actions. This, in turn, is sufficient cause for rejection.

Second, every member of the community performs some function that does something useful for him. Outcast refuses to invest something into the team. He concentrated on himself and his opposition. He himself provokes others to rejection. How can you accept a man who rejects himself?

Thirdly, the outcast may not be able to build a relationship with society because of their features. If a person does not respond to impulses from others and withdraws into himself, not having the ability to build a dialogue, then it may also become an outcast.

In life, to become an outcast, a person is not required manifestation of all factors simultaneously. Just one or two to receive a rejection. In the first case, when man denies the value of team, the reaction of others can be the most harsh. Whereas in the latter case, if there is just the inability to build a dialogue, the rejection will wear a softer shape.

Thus, it is necessary to understand the reasons that led in each case to this problem, then they could be adjusted.