Things to do in Simferopol

Despite the fact that the Simferopol is a large industrial, cultural and economic center of Crimea and is rich in more than 200-year history, the city is almost not popular among the visitors to the Peninsula tourists because of its remoteness from the sea. But do not think that there is not much to look at. The wonderful picturesque parks, churches, interesting museums, historic buildings, Scythian buildings and the world famous underground caves – all this awaits those who stay in Simferopol. 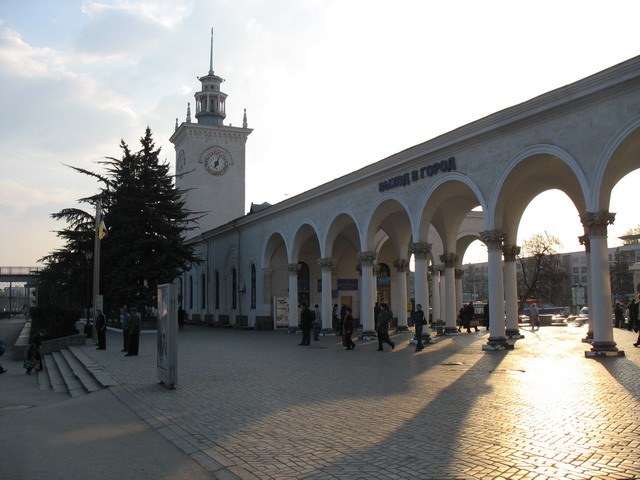 Related articles:
In the minds of most tourists Simferopol is perceived only as a transit point on the way to the coast. Nevertheless, this city deserves to be here for a few days, explore the stunning historic centre and enjoy the beauty of nature of Crimea. Within the boundaries of Simferopol and its immediate surroundings, there are more than two hundred monuments of history, architecture and archaeology, many of which are unique and have a global cultural value.

Where you can go for a walk in Simferopol

To study the history of the city tourists will be able in the Museum of Simferopol. Here today, there are five exhibition halls, which presents the layouts of the symbolic buildings of the city, photographs from various historical periods, the products of local factories, as well as a rich collection of paintings of Crimean artists. In addition to the city history Museum in Simferopol there are artistic, ethnographic and history museums, as well as the only in the Crimea, the chocolate Museum.

Among the iconic places of Simferopol apply historical-geographical Museum of the Scythian Naples, the ruins of the fortifications of the times of the Scythians. On this spot once stood one of the Royal fortresses in the Crimea, the capital of the late Scythian state. Scythian Naples located on Peter's heights. It is also a wonderful observation deck, which offers a picturesque view of the surroundings of Simferopol.

Of architectural city objects of attention in a charming building of the Simferopol station and the Palace-Park complex of count Vorontsov. Together with children you can go to view in the city circus, see a play in the Crimean puppet theatre, or go to the Simferopol children's Park, in which there are a variety of attractions, the aquarium and the zoo. For a relaxing family vacation and romantic walks perfect Park. Gagarin.

Half an hour away from Simferopol is a natural monument of Red caves or Kizil-Koba. This complex of caves, which form a complex underground maze of six floors. Kyzyl-Koba known fact that it is the largest stalactite in Europe, the length of which exceeds eight meters. On the first floor of Red cave river Kizilkobinka, forming the output falls Sioux Uckan. This is one of the most beautiful places in vicinities of Simferopol.

In seven and a half kilometers from Kyzyl-Koba, near the village of marble located Emine-Bair-Khosar – the five-level cave, stretching over two kilometers, interesting, beautiful underground lake and the halls of stalactites and stalagmites of various bizarre shapes. And in the area of the mountain massif Chatyr-Dag it is possible to visit the Marble cave – one of the five most beautiful caves around the globe, perhaps the most popular tourist destination.
Is the advice useful?
See also
Присоединяйтесь к нам
New advices