How to marinate mushrooms

Pickling can be any tubular mushrooms – mushrooms, white mushrooms, chanterelles, boletus, aspen, and the most tasty young mushrooms with small caps. 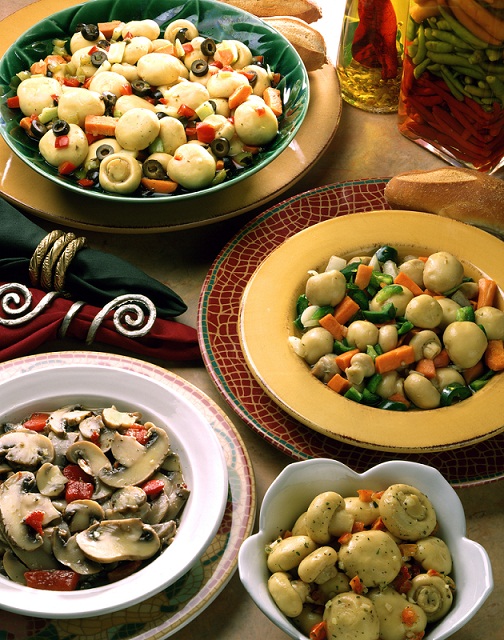 In a separate bowl make the marinade. In one liter of cold water dissolve one tablespoon sugar, two tablespoons salt, vinegar to taste. To prepare marinated mushrooms, brine should be two times larger than the amount of available mushrooms. Pour brine cooked mushrooms.

Now is the time to take care of banks and caps. Banks, the best half-liter, you need to thoroughly wash and sterilize, cover pour boiling water. To dry cans to put one Bay leaf, umbrella dill, two or three peppercorns. The mushrooms in the jars, you need to put together with brine – they must not adhere to each other, to swim in the marinade, otherwise, do not avoid the process of decay.

Filled jars, cover with lids, put them in a deep pot, put at the bottom of the cloth, and pour water up to the shoulders. Bring the water to a boil and simmer for fifteen minutes on very low heat. Then caps need to tighten, and to put the banks under the blanket upside down until cool. Store the jars with the mushrooms better in a cool dark place. This way you can marinate mushrooms, even store-bought frozen – oyster, mushrooms. Get no less delicious.