The end of 20 – beginning 21 centuries was a watershed moment not only for science, technology and medicine, and art. Art always reflecting the surrounding reality, began to acquire new forms. In the painting clearly showed themselves artists of traditional and innovative directions. 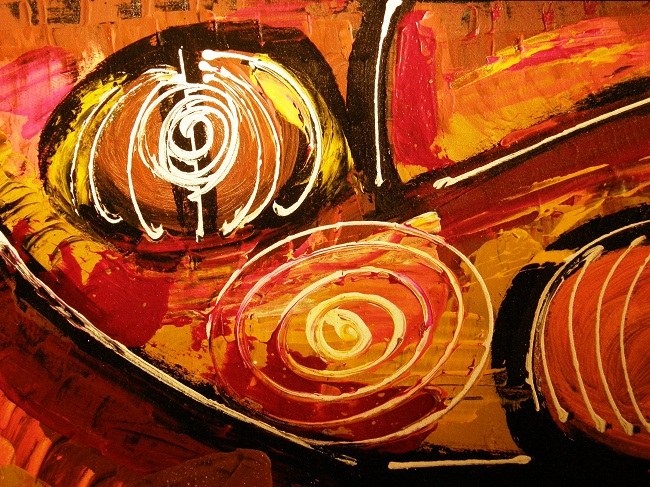 Related articles:
Dominant during the 20th century became a abstract – replacement of real objects in the drawing into geometric shapes and color combinations. One of the founders of this direction was the Russian artist Vasily Kandinsky (1866 to 1944). His work was a reflection of the thoughts and feelings of the artist – colorful and messy. The most famous works of Kandinsky – "Swinging", "Composition", "East" and "Moscow" – entered the Golden Fund of world of abstract art.

Today one of the most popular abstractionists is an American painter Christopher Wool (b. 1955). He has been creating monochrome paintings of intersecting lines, as well as the image of the big black letters on a white background.

Imitate some work of his great compatriot Pablo Picasso a young but already quite famous Spanish artist Fernando Vicente (1963). One of a sensational series of paintings devoted to the female body with the anatomical features, the other maps depicting the continents in the form of figures of animals and people. The artist works in Madrid and publishes his illustrations in the newspaper El Pais.

The realism in the paintings

Despite the rapid development of abstract genres of the fine arts, realism remains popular in the 20th and 21st century. Among contemporary Russian artists, the most famous representative of realism Alexander Shilov (born in 1943). His main genre – portrait, a reflection of the person and his individuality. For contribution to development of domestic art Shilov has received numerous awards, including the Order "For merits before Fatherland", Order of Honor" and "the Order of Alexander Nevsky".

No less vivid Russian realist painter Ilya Glazunov (born 1930). A monumental work of this artist reflect the historical scenes, sketches from the life of the city, and also serve as illustrations to famous works of Russian literature.

Expressionism in the art of painting

The American reality reflects in his works, the artist and photographer Richard Prince (1949). His unique style combines the traditions of pop art and expressionism. The theme of the works of the Prince of cowboys, a gang of bikers, celebrities – all is close and clear to the typical American.

One of the most famous contemporary artists of the East is a Chinese painter Zeng Fanzhi (born in 1964). His work is full of expression, grotesque and emotional expressiveness. The most famous series of paintings of the artist: Hospital Series and Mask Series. Its author's interpretation of the "last supper" was sold at Sotheby's for 23.3 million dollars.

Contemporary art can be admired, it can be criticized or simply not understand. However, it is unique, original and is a "mirror" of our time.
Is the advice useful?
See also
Подписывайтесь на наш канал