What is the weight of a hundred dollar bill

American money – currency in the world, they are appreciated all over the world, despite the fact that their gold standard is very doubtful. The dollar is also one of the most protected banknotes in the manufacture of double-checking every detail, including the weight of each bill. 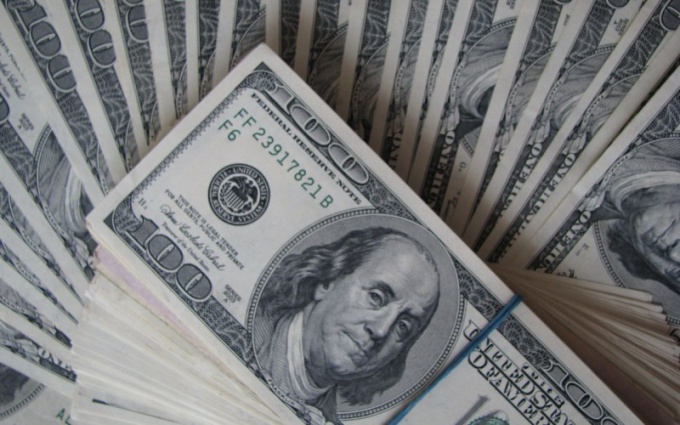 Related articles:
Many people are interested in not only the origin of monetary units, but also their physical parameters such as weight, size, etc. of special interest is the hundred dollar bill American States, or as they say in the people, 100 bucks.

The history of money in America is no less exciting than in Russia, but more than half a century Americans, despite the huge amount of transactions of certain companies and individuals, manages to keep the production of banknotes at the same level. Used for the calculation of the order of 10 bills, of which $ 100 since 1969 the largest denomination. She is the most common.

The usual bill has the following dimensions: 157 mm in length and 67 mm in height.

On one side is depicted the great scientist, diplomat and writer Benjamin Franklin. His portrait was printed on the bills for a reason, after all, Benjamin advocated for the expansion of paper money and has repeatedly published articles on this subject before the public. And so in 1914, his profile for the first time graced the $ 100.

Next is the seal of the Federal reserve system, and above it are the numbers and letters that indicate the Bank that issued the bill.

On the right side of the portrait is the place to be green special printing, owned by the State Treasury. This is his sign, which is used as one of the security features of the banknotes.

But on the other side of the banknote depicts the Palace of Independence, in the right corner indicate the number of clichés bills. It is never repeated.

The parameters of the banknote

Inquiring minds calculated based on these data, how much it will cost the American dream the price of 10 million. Given that a million packs will consist of 100 dollar bills, total weight will be as much as 10 pounds.

Physical parameters of U.S. banknotes unchanged for decades. Electronic scales, exhibited according to the standard, showed that the 100 dollar bill weighs exactly 1 gram, and Bank pack consisting of 100 banknotes of this face value - exactly 100 grams.
This experiment is repeated periodically curious, as well as representatives of the national reserve system, but the result is unchanged, but because even the weight of the banknotes can be considered as one element of their protection.


However, many argue that the banknote's denomination is not important, and any bill Bank of America will weigh exactly 1 gram. The logic in this. Because the paper from which are made all the banknotes, comprises more than 75% of the cotton thread, while the remaining percent is linen thread.
Is the advice useful?
See also
Подписывайтесь на наш канал