Bern and Geneva - two of the Swiss capital

What city is the capital of Switzerland? Of course, Bern, I will answer every educated person. This amazing country that occupies a very small area, became home to the Germans and the French. Therefore, speaking about Switzerland, always imply two capitals – Bern and Geneva. 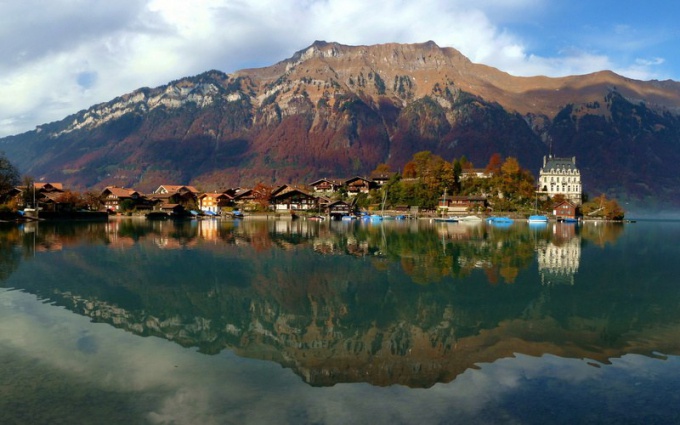 Related articles:
One of the most developed countries in Europe – Switzerland is known around the world as the international financial and banking center. It is the safe state that the overall standard of living is one of the leading places in the world. Reliable banks and most accurate watches have become a symbol of this country. Switzerland is known for its cultural traditions: here, every town has its own theatre and its own Symphony orchestra.

Every year at ski resorts in the Alps here come the fans of active recreation from all over the world. It is a country of literary heroes: on Reichenbach falls, the famous detective, Sherlock Holmes, joined in mortal combat with Professor Moriarty, and Byron's the prisoner suffered in the damp basement of Chillon castle.

The country is a Confederation of 23 cantons. Its inhabitants speak three languages – German, French and Italian. That's why they often say that this state has two capitals – one symbolizing the German part of the cantons, the other French.

The capital is Bern, and it is also the administrative centre of the German Canton. In the city are the Parliament and the Government. Among the important public facilities, here are main building of the Swiss national Bank and the headquarters of the universal postal Union, which is a division of the United Nations. Airport and railway station of the capital connects the country with many capitals of the Old continent.

The city appeared in the 12th century, it quickly became a major trading and military center. In the middle ages, the city subdued the surrounding territory. In the 18th century the city came under French jurisdiction, but did not lose their positions of power. Since the mid-19th century, the city known as the capital of Switzerland.

Geneva: a city of international importance

Many still believe this city is the capital of the state. Geneva at the time yielded the palm to be the capital, but still is a major political and economic center of the Old world. Here are important international centres – the headquarters of the UN in Europe, organization of red cross and red Crescent societies and more than 20 other important international political centers. The town is popular for its cultural and historical attractions, such as:

Every year they come to the city, hundreds of tourists enjoy the beautiful scenery and to get aesthetic pleasure.