Ancient Rus was often invaded by nomadic tribes and unions from Asia. One of those was the Pechenegs Zavolzhsky tribes United of the descendants of Turkic peoples and Sarmatian and Finno-Ugric tribes. 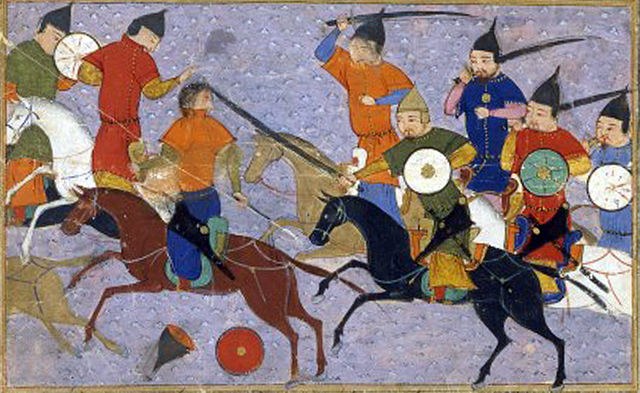 Device life of the Pechenegs

It is believed that the Pechenegs came from kangju (Khorezm). The people were a mixture of Caucasoid and Mongoloid races. The language of the Pechenegs belonged to the Turkic group of languages. There were two branches of tribes, each of which consisted of 40 genera. One of the branches - West was located in the basin of the rivers Dnieper and Volga, and the other - East - side by side with Russia and Bulgaria. The Pechenegs were engaged in cattle breeding, led a nomadic life. The head of the tribe was Grand Prince of the kin - less Prince. The choice of the princes was carried out by tribal or tribal Assembly. Basically, the government passed a kinship.

The history of the Pecheneg tribes

It is known that originally, the Pechenegs traveled to Central Asia. At the time Torquay, Polovtsy and Pechenegs belonged to the same people. The records can be found both in Russian, and Arab, Byzantine and even some Western chroniclers. The Pechenegs have made a regular invasion of the disparate peoples of Europe, capturing prisoners, who were either sold into slavery or returned to their homeland for redemption. Some of the captives became part of the people. Then, the Pechenegs began to move from Asia to Europe. Taking the basin of the Volga to the Urals in the 8-9 century, they were forced to flee from their territories under the pressure of hostile tribes of the Oghuz and the Khazars. In the 9th century they managed to expel the Hungarians-of the nomads from the lowlands of the Volga and occupy the territory.

The Pechenegs attacked Kiev Rus in 915, 920 and 968, and 944 to 971 and participated in the campaigns against Byzantium and Bulgaria under the leadership of the Kievan princes. The Pechenegs had betrayed the Russian squad, killing Svyatoslav Igorevich in 972 with the filing of the Byzantines. Since then, he has started more than half a century of confrontation between Russia, the Pechenegs. And only in 1036 Yaroslav the Wise, managed to defeat the Pechenegs near Kiev, completing a series of endless attacks on Russian lands.

Taking advantage of the situation, Torquay attacked the weakened army of the Pechenegs, drove them from the land. They had to migrate to the Balkans. In 11-12 centuries the Cumans were allowed to settle on the southern borders of Kievan Rus to protect it. The Byzantines, tirelessly tried to attract the Pechenegs to their side in the fight against Russia, settled tribes in Hungary. Final assimilation of the Pechenegs was the turn of the 13-14 centuries, when the Pechenegs, mingling with Torquay, Hungarians, Russians, Byzantines, and Mongols finally lost their identity and ceased to exist as a single nation.
Is the advice useful?
Присоединяйтесь к нам
New advices