How many nationalities live in Russia

Since ancient times in Russia there lived a huge number of Nations and nationalities. The majority of Russians are friendly to the different people living in the country. In addition, the availability of a large number of nationalities are legislated in the Constitution. 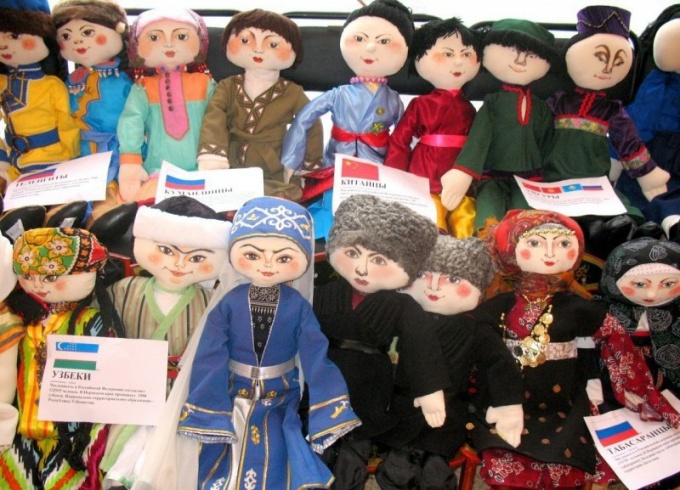 The most numerous nation, living on the territory of the Russian Federation

On the territory of the Russian Federation is home to more than 180 different nationalities. The titular nation is Russian. According to the census of 2010, the Russian called themselves more than 111 million people, i.e. 80.9% of all citizens who considered it necessary to specify the nationality.

The second largest nation in Russia are the Tatars. In 2010, there were 5.3 million or 3.7%. The Tatars inhabit not only of Tatarstan and other Russian regions.

The third largest group is Ukrainians. They are in Russia about 2 million or 1.4% of the total population. However, living in Russia the Ukrainians are long obtusely and almost indistinguishable from the Russian.

Fourth place rightfully belongs to the Bashkirs. In Russia more than half a million, most of them live directly on the territory of Bashkiria. Fifth place was shared by Chuvash and Chechen. Them in Russia 1%, or about half a million. Sixth place is occupied by the number Armenians more than one million.

Also Russia is home to a number of nationalities, numbering over half a million population. Among them were the Avars, Azerbaijanis, Belarusians, Dargins, Kabardins, Kazakh, Kumyk, Mari, Mordvins and Ossetians. Most of these peoples live compactly in their respective regions. With the exception of the representatives of the former Union republics the Azerbaijanis, Belarusians and Kazakhs.

At the end of 1980-ies in Russia lived more than 2 million Jews. However, many of them went to their historic homeland in Israel. According to the 2010 census, in Russia there are only 157 thousand.

The exact number of ethnic groups living currently in Russia, will not even call the state statistics Committee. Especially because, unlike the Soviet Union, now from no required accurate indication of ethnicity.
Is the advice useful?
Присоединяйтесь к нам
New advices