How to catch the bride's bouquet

The European tradition of catching the bouquet the happy bride at the wedding is gaining popularity in Russia. Not surprisingly, it is believed that the lucky lady who caught the delicate decoration of flowers, will marry during the year. 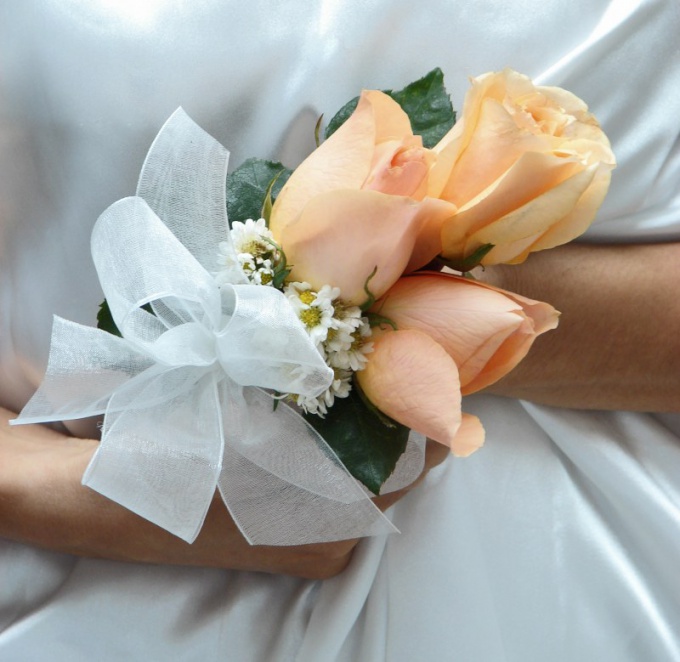 Not so simple with the bride's bouquet

This sign can be attributed to the mystical. As often happens, people are very well known, only a fragment wound of the ritual, the actions that need to be taken before and after catching the bouquet, nobody knows. This explains the "idle, idle" bouquets.


To correctly catch the bouquet and not to jinx your luck, you need to prepare for the ceremony. When the bride declares that it is ready to throw the bouquet, all the single and adult participants line up behind her. The bride in no case should not turn around and look at their girlfriends and not have to "aim". She just needs to tell them that the bouquet is thrown, for example, on the count of three.


Bouquet to "work", during the shot girls do not have to move and break forward, to catch the flowers, "providing" themselves for marriage. The bouquet itself should fall into the hands of someone who will soon be lucky to meet your favorite person, or receive from, the existing offer of marriage. At the moment the throw is a kind of revelation, the bouquet does not have to stop the "jump" to the right girl.


Sometimes it happens that the bouquet isn't won. If present, the girls tried to pull each other flowers, arranging a real fight, most likely this means that no one married during the year will not fall.

In Britain, a large part of the amount of traditional bouquets of pansies and forget-me-nots.

What to do with the loot?

But if the bouquet still got to you, you must make some manipulations to "build success". In the early days of the bouquet can simply be put in the water, when the flowers will die, make them dry and move the bouquet in a vase without water. Of course, a dried bouquet will not look as attractive as fresh, so it can be placed anywhere. Preferably, however, it does not drop.


Happy to throw the bouquet, you can only the day before his wedding. After all, if you did everything right, not trying to grab a bunch of the other girls, you will definitely be married within a year after receiving such good and weighty news.

The first brides bouquets were made of orange color.

Contemporary bouquets are often made with portbuketnitse of plastic, which are filled with water. To obtain such a work of art on the head a little pleasant. So many wedding bride throws is not your real bouquet, and fake and easy, allowing you to avoid injuries among the unmarried guests. Fake bouquets made of real and faux flowers. They are specially strengthened so that they are not disintegrated in the air on the part during the throw. Besides, these bouquets are much easier to store until the next wedding that they portend.
Is the advice useful?
Присоединяйтесь к нам
New advices