Why is the Russian coat of arms double-headed eagle

Coat of arms, flag and anthem are the three main symbols of the state. Russian coat of arms double – headed eagle is easily recognizable and so widely known that people often do not even wonder why the bird in the image has two heads instead of one. 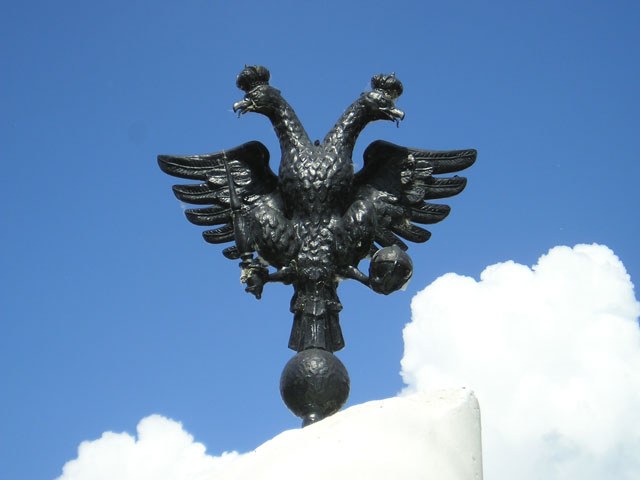 History of Russian coat of arms

The eagle immediately became a symbol of Russia. First, on the country's coat of arms was a picture of a wild lion attacking a snake, and later it was replaced by a horseman, symbolizing the Emperor. Double-headed eagle became the symbol of Russia in the XV century. This was due to the marriage of Ivan III to Sophia, Princess of the Byzantine Empire. The Russian ruler wanted to emphasize the connection with the family of his wife, however, and to improve its credibility in the world and especially in Europe, so he decided to make a family coat of arms– the double-headed eagle. First, the symbol began to appear on the seal of Ivan III, but later turned into an easily recognizable symbol of the country. However, although this image was widespread and was associated with Royal power, it officially became the emblem only under Ivan the terrible.

Of course, in the XV century the coat of arms of Russia did not look like now. Many of the rulers have supplemented it with new features or changed items. Ivan the terrible added to the image of the bird crown with a cross, to emphasize the Royal power. Later instead of one of the crown began to portray three. Moreover, on the breast of the bird appeared the image of St. George. Also, over time the eagle began to add languages that mean independence, strength of Russia, its willingness to stand up for himself and defeat any enemy.

With the onset of the time of Troubles the eagle "took" all the signs of power. However, when the hard years passed, the coat of arms again becoming symbols of the greatness: it was supplemented with a scepter and an Orb. Catherine I painted the picture black, and Peter added his Imperial crown and the order of St. Andrew. Later rulers were also a few other changes, but the basis of the modern Russian coat of arms is taken the variant of the double-headed eagle, which was adopted under Peter I.

The symbolism of the eagle

There are several explanations for the strange appearance of the eagle, chosen for the coat of arms of Russia. It is worth mentioning two of the most important religious and political.

Double-headed eagle symbolized the God Sharur in ancient Sumer. In India this bird was named Gandabherunda and also had a divine origin. In both cases, the divine creation had such awesome power and symbolized the Supreme power. We are talking about a very ancient image – one of the many matching characters like two-faced Janus.

As for the political version, it is simple: for a long time the eagle was the heart of Russia, and its head, looking East and West at the same time, symbolizing the vastness of the country and its geographical position.
Is the advice useful?
See also
Присоединяйтесь к нам
New advices