What are the tributaries of the Volga

Volga is one of the largest rivers on the planet and the largest river in Europe. It occurs in the European part of Russia and has a length of 3530 km and a basin area in 1360 thousand square kilometers. The Volga has many tributaries, streams and small streams – which ones are the largest? 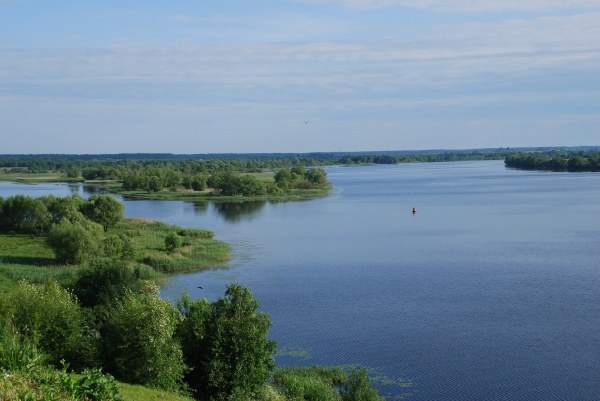 The Geography Of The Volga

The origins of the Volga river, takes in the Valdai hills (the height of 228 meters), it empties into the Caspian sea basin. The mouth of the river is below sea level - almost 28 meters, and the height of its fall is 256 meters. Only the Volga river is 200 tributaries, the left of which are much more numerous and abounding right. In the river system of the Volga basin includes 151 thousand watercourses in the form of rivers, streams and temporary tributaries, a total length of 574 thousand kilometers. The river basin extends from the Western (Central Russian and Valdai) elevations to the East of the Urals.

Latitude of Saratov on the Volga basin narrows and further flows from Kamyshin to the Caspian sea with absolutely no tributaries. The main feeding part of the river catchment area of the Volga river is the largest watercourse, located in the forest zone, extending to Kazan and Nizhny Novgorod. Through the forest-steppe zone, stretching to Saratov and Samara, flowing middle part of the giant Volga basin, and its lower part flows to Volgograd in the steppe zone.

Major tributaries of the Volga

The Volga river is divided into upper, middle and lower part. The upper flows from the source to the mouth of the Oka river, the middle, from where it flows into the Eye and to the mouth of the Kama river, lower – from the confluence of the Kama to the basin of the Caspian sea. The largest tributaries of the Volga river in its upper reaches are Selizharovka (36 km long), Darkness (length 142 km), Tvertsa (length 188 km), Mologa (length 456 miles), Sheksna (length 139 kilometers) and Unzha (length 426 kilometers).

After the construction of the Kuybyshev reservoir the boundary between the lower and middle Volga is the Zhigulevskaya hydroelectric power station.

The largest tributaries of the Volga river in the middle reaches are sur (length 841 kilometers), Vetluga (length 889 kilometers) and Sviyaga (length 375 kilometers). In the lower reaches of the rivers are large tributaries, such as Juice (the length is 364 kilometers), Samara (length of 594 kilometers), Large Irgiz (length 675 kilometers) and Eruslan (length 278 kilometers). Only in the Delta of the Volga river there are about 500 different tributaries, small streams and canals, the largest of which are Staraya Volga, Kamyzyak, Bakhtemir, Akhtub, Buzan and bold. The river has enormous economic potential and irrigates on its way, many areas in need of additional nourishment.
Is the advice useful?
See also
Подписывайтесь на наш канал