At what age begin to appear the first gray hair

Graying is a natural process, sooner or later, happens with all. However, someone begins to turn gray , barely reaching adolescence, and some live to fifty years without gray hair. 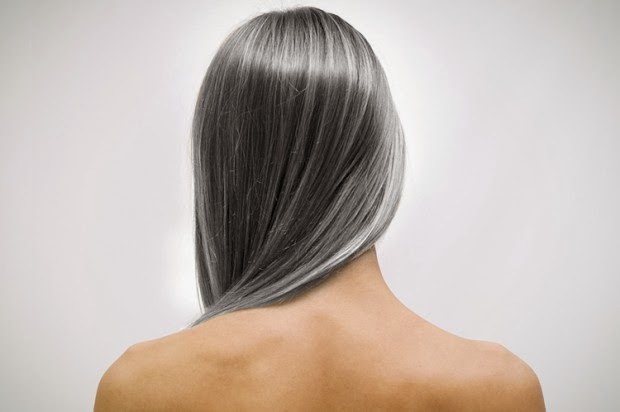 Related articles:
Graying is largely genetic causes, but there are other reasons, for example, nutrition and stress.

For most people the determining factor is genetics. The first white streak will appear in the same age as your parents or grandparents. However, the rate of appearance of new gray hair also depends on the lifestyle and habits of the person.

Exacerbating the appearance of gray hair

Smoking accelerates the appearance of new gray hair. Anemia, poor nutrition, lack of vitamins of group B and problems with the thyroid gland can also contribute to premature discoloration of the hair.

For hair color in humans is responsible for the pigment melanin. This is the same pigment that stains the skin a dark color when you tan. Every hair follicle contains cells called melanocytes. Those, in turn, produce pigments of black, brown, yellow and red, and carried the melanin to the cells which produce keratin, the primary protein that is part of the hair.

At the beginning of the appearance of gray hair, the melanocytes are still present in the hair, but hair color becomes lighter. Gradually, these cells die and the rich colour of hair is nothing.

The appearance of gray hair is an inevitable process of aging. But sometimes premature graying of hair is a result of autoimmune disease. Some people begin to turn gray after 20 years, but they are quite healthy. Severe stress or shock can cause the rapid emergence of a large number of gray hair.

Typically, white people start to turn gray after 30 years, Asians have closer to 40 years, and Africans after the age of 40. According to studies, the age of appearance of the first gray hair in women is becoming more early. Currently, approximately 32 percent of women begin to turn gray before the age of 30 years. This suggests that, besides genetic factors, the hair is strongly influenced by the stress. It is scientifically proven that during times of stress in the body is destroyed the vitamin and its shortage contributes to graying of hair.

Japanese scientists claim that hair follicles respond to stress in exactly the same way as DNA. This so-called oxidative stress, and cause environmental pollution, Smoking and ultraviolet radiation. Between that kind of stress and emotional stress there is a certain relationship.

How to deal with gray hair

Currently, those who want to look young the choice is small: to dye your hair or leave them as is, gray. However, note that white hair is difficult to dye because of their lack of melanin.

Researchers from the Institute L'oreal has discovered an interesting fact. They learned that skin cells and hair equally produce melanocytes. But the skin with age does not change color as the hair. The reason is the absence in the hair follicles of the enzymes that are skin cells. Scientists hope to develop a drug that could reproduce the effect of the enzymes to the cells of the hair preserved the color.
Is the advice useful?
See also
Подписывайтесь на наш канал