What year starts the age

Meeting 2000 in all the countries was perceived as a big event. This is not surprising, because celebrated not just the beginning of a New year – celebrated the new century and the new Millennium! Meanwhile, waiting in vain: a new age began only a year later. 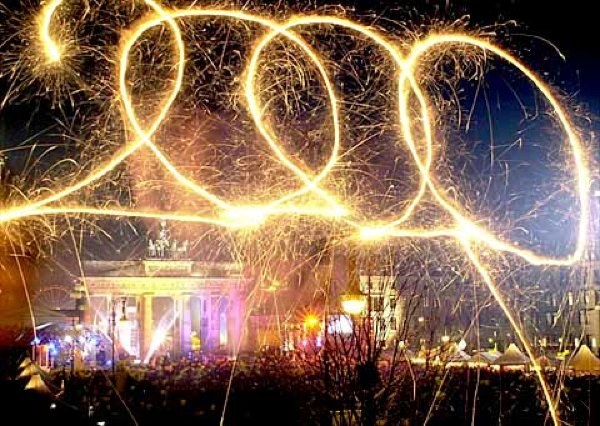 Related articles:
The modern world lives by the Gregorian calendar. The starting point is the Nativity – the birth year of Jesus Christ. However, many researchers name other date of birth of the Savior, and someone who refuses to believe in its existence, but the tentative calendar point of reference exists, and to change it makes no sense. Not to insult the adherents of other religions and atheists, this conditional date from which years are counted, the neutral is called "our era".

The beginning of our era

According to the Gregorian calendar, our era began with her first year. In other words, first comes first BC, and then from the first year of our era. No additional zero year, which could become a "starting point" between those years there.

Century is the time period length of 100 years. Exactly 100, not 99. Therefore, if the first year of the first century was the first BC, then the last year was the hundredth year. Thus, following the second century did not begin with the hundredth year, and with the 101st. If the beginning of our era was the year zero, a hundred years would cover the time from 99-th year, and the second age would have begun 100 years, but the zero year in the Gregorian calendar no.

Exactly the same was done all the centuries that followed. Not 99 years, completed them and the subsequent "round" dates with two zeros. Start of the last century is not a round date, but in the first year. The seventeenth century began with the 1601, nineteenth – 1801. Accordingly, the first year of the XXI century was not the year 2000, as many thought, hurrying to celebrate, and 2001. Then began the third Millennium. Year started XXI, and completed the twentieth century.

A slightly different account of time used in astronomy. This is due to the fact that the alternation of day and night, and thus years on Earth occurs gradually, hour by hour, and astronomers need a concrete point of reference that would be common to the whole Earth, to any part of it. As such was elected a time when the average longitude of the Sun, if you reduce it to 20,496 angular seconds is equal to exactly 280 degrees. From this time begins the astronomical unit of time is called a tropical year, or Besselian year – named after the German astronomer and mathematician F. W. Bessel.

Bessel year comes on the day before the calendar is December 31. Similarly, astronomers believe years, so the year zero in astronomy is, such is 1 BC In such a system the last year of the century really is 99, and the next century begins with "round date".

But historians still consider the years and centuries not at the astronomical calendar and the Gregorian, therefore, to every age should begin with the first year, not the previous "zero".
Is the advice useful?
Присоединяйтесь к нам
New advices