What puzzles made Sphinx

The Sphinx, a mythical adaptation of the man is a symbol of secret knowledge and of the human desire to comprehend the unknown. Unlike many fellow legend, the Sphinx has not lost its popularity today: it is emblazoned on promotional tourism leaflets, guarding the bridges of St. Petersburg. 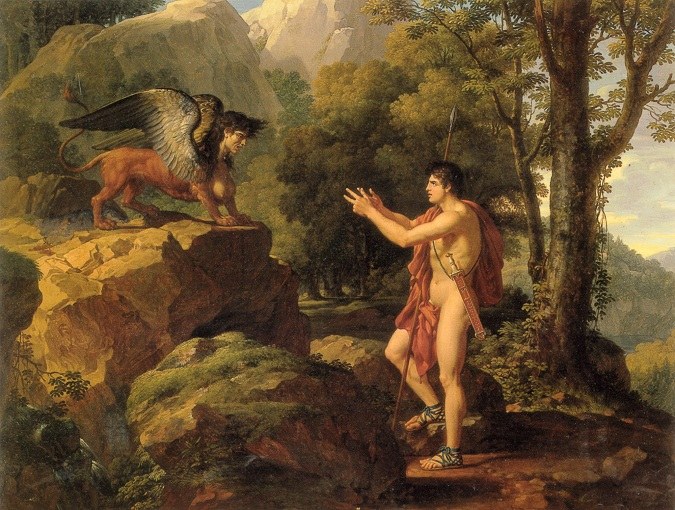 The Sphinx in different cultures

A mysterious creature with a lion's body does not have a registry to a specific culture and gender. The most famous Egyptian Sphinx guarding the pyramids of Giza, male.

In Egyptian mythology, the Sphinx's head was not only human. The Sphinx with a Falcon's head was dedicated to the God Mountain, and sphinxes with RAM heads, the sun deity Amon. There are also sphinxes with the head of a crocodile, apparently glorifying Sobek God of the Nile. All Egyptian sphinxes are depicted on the walls of temples or guarding tombs, places for people is sacred. It can be concluded that the Egyptian Sphinx is male was a positive figure, the protector and guardian of the mysterious world of the gods. The hieroglyph that was used for the Sphinx, also meant "master", "ruler".

Contemporary Egyptian Sphinx – a monster in Sumerian legend, which the goddess, Tiamat gives birth to revenge the death of his wife. Here the Sphinx is the embodiment of rage, anger and fear.

The image of the Sphinx, migrated from Egypt to Greece, has undergone significant changes. First, he replaced the floor and instead of the crown of the Pharaoh bought a naked female breast. Second, he has wings. Such a Sphinx is widespread in world culture along with a host of Egypt. Even the word "Sphinx" comes from the Greek "sphincter" jamming, "sfinga - lusitanica. According to legend, the Greek Sphinx was the daughter of the ancient monsters Typhon and Echidna, a creature of the abyss and chaos.

The riddle for the future of king Oedipus

The widely known image of the Sphinx-like creatures, speaking in riddles, also came from Greece. Hera, the Supreme goddess of Olympus decided to punish the Theban king Laius for his crimes and sent to the gates of Thebes of the Sphinx. The one sitting on the roadside stone, began to ask travelers a riddle, which he prompted the Muse. For the incorrect answer was followed by punishment – death.

Gradually, the road to town was deserted, nobody wanted to risk your life guessing the ingenious riddle of the Sphinx. Only Oedipus during his fateful journey to Thebes was able to solve the riddle, which was: "Which creature in the morning goes on four legs, in the afternoon on two and in the evening on three?". Oedipus answered that it is man – he crawls on all fours, growing, walking on my feet, and in old age leans on a cane. Defeated, the Sphinx threw herself into the abyss with Fiascos mountains.

Other mysteries of the Sphinx of legend is not preserved. Some of the philosophers, by studying the ancient myths, has suggested that the Sphinx put to every man is only his riddle. The riddle about the age of the person hinted at the sad fate of Oedipus who, in ignorance he has killed his father and married his own mother.
Is the advice useful?
Подписывайтесь на наш канал