What cereal can add to soup

More than a thousand years ago in Russia soup called any soup, however, around the XV century, this name was finally fixed for the rich mess of fish. Today this dish has several recipes, some of which include the mandatory addition of cereals. 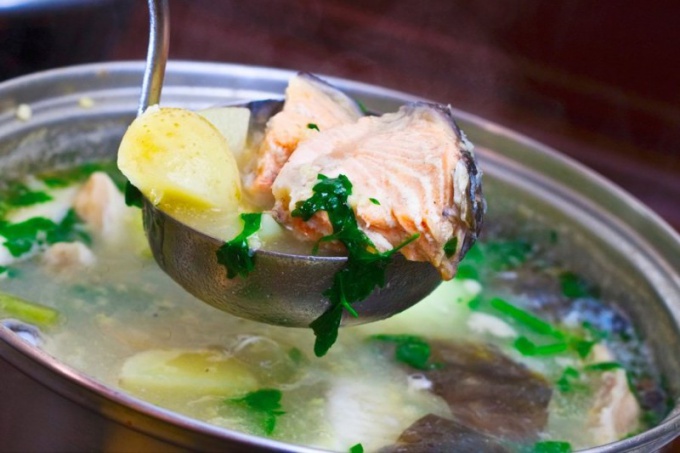 Vintage recipes soup do not require the addition of any grains, because since ancient times this dish was cooked exclusively from a single variety of fish, greens and aromatic roots. And ate this soup with bread in ordinary days, and the pies – on holidays. Hence names such as ear sterlet, sturgeon and other ear. Over time, this dish started to cook several types of fish, which definitely gives rich, fragrant and slightly sticky broth. This soup, for example, can be obtained from the carp, crucian carp, carp, sturgeon or halibut.

Well, to make CCS more hearty, you can add a small amount of cereals. Best of all, of course, suitable barley – it will give this dish the required viscosity. This cereal definitely pre-soaked in water for several hours, otherwise it will cook very long. And in the ear it is added before the potatoes and cook for 15-20 minutes. But grains in ear in any case should not be much, otherwise the dish will begin to resemble more porridge than fish stew.

Also in the ear are often added to wheat or rice. This cereal is thoroughly washed in cold water several times and put in about 10 minutes before end of cooking. However, although fish is combined with rice, a dish of such grains will have more like fish soup than a real ear.

A recipe for delicious fish soup with barley and vodka

Pearl barley wash and soak in cold water for 3 hours. Meanwhile clean the fish and gut, do not forget to remove the gills. Wash thoroughly under running water. Cut the head, tail and fins. Put them in the pot along with the parsley root and onions cleaned. Cover with water and bring to a boil. Then carefully remove the foam, reduce heat and simmer, uncovered 15 minutes.

The head will slide onto a plate, and tail fins, onion and parsley – throw. Sieve the broth, again put on fire, add the remaining fish and pearl barley. After 15 minutes, add to soup coarsely chopped potatoes. When it is almost ready, season with salt soup, add the Bay leaf and allspice. After 5 minutes, remove Bay leaf, pour in soup a glass of vodka, pepper and sprinkle with herbs. Cover and let stand 10 minutes.
Is the advice useful?
See also
Присоединяйтесь к нам
New advices