What rice is best for pilaf

Plov is not just a traditional dish of the Middle East and Central Asia, but also a symbol of Eastern hospitality. It has lots of recipes, and every housewife knows the secret of tasty and fragrant pilaf. The main and constant ingredient of this dish is rice – it is the type and quality of this product depends largely on the taste and crispness of the pilaf. 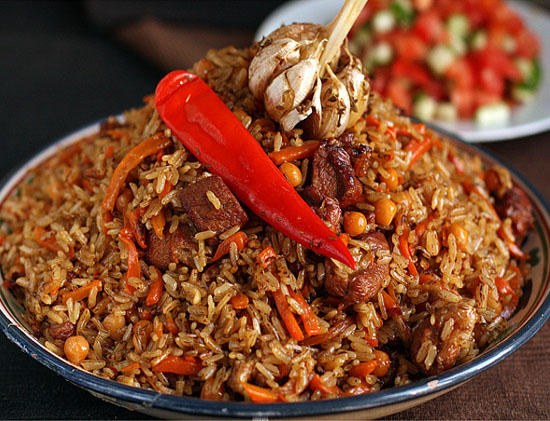 Varieties of rice suitable for risotto

Pilaf in haste can be prepared from steamed round and oval figure, for example, "Krasnodar". This cereal is ready in 5-10 minutes, but the resulting dish will be more like a porridge with meat or meat with a garnish, rather than a real crumbly pilaf. And the taste of this pilaf is far from original. Not suitable for the treats and such popular varieties of Vietnamese and Thai rice as "Jasmine" and "Basmati" - they also very quickly get too soft.

This pilaf is better to prepare from durum rice, grains which are uniform, slightly transparent color and elongated shape. Great for cooking this dish Uzbek rice varieties. Delicious pilaf, for example, can be made from the white starchy rice "Lazarus". Despite its softness, it absorbs a lot of moisture, but not mushy. He's a much better way to cook Tashkent, Haretski or Bukhara pilaf.

And to cook this dish, it is best to use Uzbek rice varieties "Dastar-sarika", which is grown in the Ferghana valley. It has a very special taste and aroma and the color resembles amber – to obtain such a color of the grain is aged for several years before obola, periodically pouring water. Rice "Dastar-sarika" able to absorb a lot of oil, but always remains separate, so the pilaf from it is extremely beautiful and is considered a real delicacy.

Delicious pilaf can also be made of other Uzbek rice "Devzira". Its grains have a reddish brown color and covered with powder, which is formed by peeling. This figure not only absorbs moisture, while remaining soft and crumbly, but also contains many beneficial for the body biologically active substances.

How to choose the right rice

To buy rice, of course, best on the market. There you can not only find the right sort, but also immediately determine the quality of the product. For this you need to carefully inspect the grain they should have a uniform color, resembling frosted glass, and about the same size. Plenty of chips, rice or stains on the grains indicates poor quality of the product.

It is also worth to take in hand a small quantity of rice and compress it. The grain should make a dry crackling sound, and after compression to remain intact and crisp.
Is the advice useful?
See also
Присоединяйтесь к нам
New advices