What are the advantages of living in Moscow

Moscow - capital of Russia, metropolis and just an amazing city, full of opportunities and contrasts. The frantic pace of the capital not to everyone's liking. Meanwhile, life in this city has a lot of advantages. 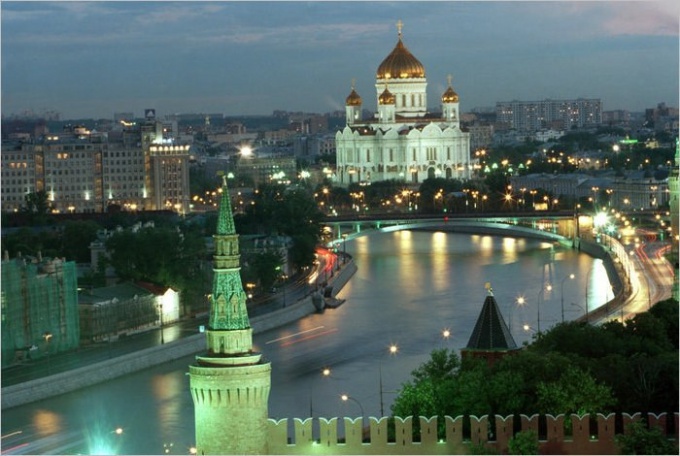 Related articles:
For the vast majority of inhabitants of Russia and neighboring post-Soviet countries most popular city for temporary or permanent residence is Moscow. In the imagination of many, it is drawn dynamic city with many opportunities, joys, interesting things and a different life.

The advantages of living in Moscow

Moscow for everyone, but there are objective advantages of living in the capital. Of course, in the capital, more companies and more jobs. In addition, there are significantly higher wages and incomparably more opportunities for career growth, the realization of their goals and dreams.

In Moscow, a huge number of cultural and historical sights included in the UNESCO world heritage list. For example, the symbol of the city - the Kremlin, St. Basil's Cathedral, monument to Minin and Pozharsky, Church of the ascension in Kolomenskoye Park. Here is the famous Bolshoi theatre is one of the most famous and significant in the world of Opera and ballet. In Moscow many centers of culture and leisure activities, allowing each resident to find something to their liking.

Of course, in the capital of the huge number of entertainment options: cafes, restaurants, amusements, water parks, city parks, where the annual festivals held in the open air, a wonderful zoo and a planetarium with Observatory.
Many shops, boutiques, shopping centres guarantees an excellent shopping for all tastes. By the way, at least twice a year in local shopping malls arranged a large-scale seasonal sales that can save you.

In the last few years in the Russian capital once a year hosts cultural events, for example, "Night of theater", "Night of museums", and other such activities designed to increase the popularity of cultural institutions and to attract people to high art.

The development of technology in the capital are disproportionately higher than in regional cities. At every step there are ATM machines, various terminals, the points of free Internet, including in public places such as train stations, metro. Special attention deserves the Moscow high speed Internet that our time is important.

In Moscow city there are portals to more quickly resolve any bureaucratic issues, as well as management of the city. With the help of such a portal, as the Moscow - our city, you can not get up from his chair to write to the city administration complaints on a particular issue.

It is also important that in the capital, three modern civilian airport (and three more are used for other purposes), nine railway stations, which allows residents often travel without exhausting transfers and long waits connections.

Embassies and representative offices of international corporations are located in Moscow. Also worth mentioning about the increasing control of the authorities over the social life and security in the city.

The disadvantages of living in the capital

In any city accommodation has its pros and cons, and Moscow is no exception. To move preferably, having a guaranteed place of work, study, the option of at least temporary housing. The main disadvantages of Moscow include a daily multi-kilometer traffic jams and crowds on the subway and trains. It is proved that the constant noise has adverse health effects, and never-ending traffic and the hum ceases in the capital only briefly. All this causes irritation, fatigue.

It is important to understand that everyone is different, and never-ending dynamism and spectacle of the big city are not suitable for everyone. People who prefer privacy and quiet, the metropolis will overwhelm, irritate and plunge into depression. Therefore, the city life, it is important to choose based on their character and attitude. Many visitors like the capital, many found themselves here, a soul mate, your dream job and reliable friends.
Is the advice useful?
See also
Присоединяйтесь к нам
New advices