How many Nations or nationalities living in Russia

Russia is one of the most multicultural countries in the world. The exact number of ethnic groups living in the country is unknown, but it is approximately 200. The greater part – nearly 80% – are Russian, the rest of the nation has from 4 to hundredths of a percent. 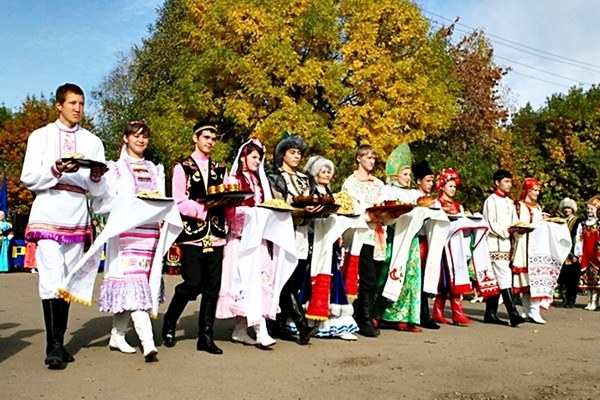 Russia has always been multinational, this feature is closely connected with the history of the country, for which it influence on the minds and lifestyle of people living in the country. The multinational composition of the state specified in the Constitution, where it is named the bearer of sovereignty and source of power.

Due to the heterogeneous composition of the population since ancient times, many people consider themselves to be Russian, actually have different roots and can be considered the same as representatives of other nationalities. But the USSR had adopted compulsory recording of ethnicity, which served as the basis for determining the number of nationalities and their respective percentages. Today specify their nationality is optional, and census data there are no precise figures – of the people noted their origin.

In addition, the nation – a rather vague concept, some of the nation ethnographers divided into several parts, others isolated in a separate group. Some nationalities disappear or assimiliate.

The number of Nations in Russia

However, the census data allow us to calculate almost exact number of Nations whose representatives live on the territory of Russia. Their more than 190, although more or less significant part of the population is only about 80 nationalities: get the rest of thousandths of a percent.

In the first place are the Russian or the people who identify themselves as Russian: it is including Karimi, Ob and Lena strogili, Pomerania, russkoustintsy, mesenchy – spread a lot of self, but they all make up the Russian nation. The number of Russian in the country is more than 115 million people.

In the second place, the Tatars and all their varieties: Siberian, Kazan, Astrakhan, and others. There are five and a half million – almost 4% of the population. Then follow Ukrainians, Bashkirs, Chechens, Chuvashes, Armenians, Belarusians, Mordovians, Kazakhs, Udmurts, and many other ethnic groups: Caucasian, Slavic, Siberian. Part of the population – about 0.13% are Gypsies. On the territory of Russia is home to Germans, Greeks, poles, Lithuanians, Chinese, Koreans, Arabs.

Thousandths of a percent are assigned nationalities such as the Persians, Hungarians, Romanians, Czechs, Sami, Teleuts, Spanish, French. There are in the country and very few representatives of ethnic groups: lazy, VOD, Svans, Ingiloys, yugi, arnauts.
Is the advice useful?
Подписывайтесь на наш канал