Where is the center of Russia

With economic, cultural, political and other points of view, the center of Russia is its capital – Moscow. But the geographical center, which is calculated geometrically, lies far to the East is the South-Eastern shore of the elongated lake Vivi, which is located in Krasnoyarsk region. 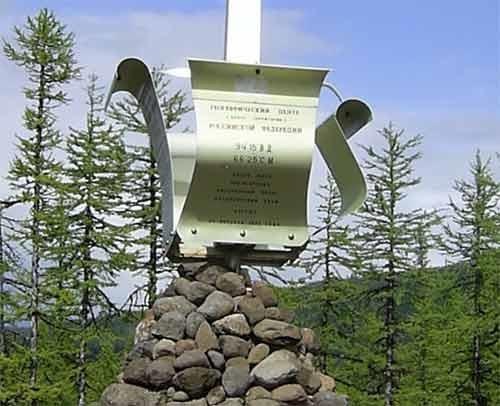 The geographical centre called the place, which is the middle of a territory from a geometrical point of view. This concept applies both to the country and to other entities – cities, regions, continents. This is a point that is equidistant from the boundaries of the territory.

If you draw a line from the most Western to the most Eastern border of the country, and then from South to North, then their intersection is the geographic center. It is also called the median center or centroid.

The geographical center rarely coincides with any significant object, and is fairly inaccurate (it is not a point but a small area), but for better memorization it is often tied to the nearest town or village. But if settlements in the County there, the centre refers to any natural formation and determine approx.

In the past the geographical center of the Russian Empire was in the area between the Yenisei and the Obi, on the right Bank of the Taz river. Center of the Soviet Union was the source of the river Since that is a left tributary of the Pelvis.

The official center of Russia lies on the South Eastern shore of lake Vivi in the Krasnoyarsk region. Often the lake is called Central, as there are no settlements. Vivi is a freshwater lake located in the South-West of Putorana plateau. On its Bank is a monument, engraved with the coordinates of the area and is a small reminder about the history of the opening of the center of Russia. The coordinates of the center of the country was calculated by the Russian academician Bakuta in 1992, when the country's borders changed after the collapse of the Soviet Union.

But to determine the geographical center of the country is not so simple, there are many different techniques: some are considered territorial waters, others are drying, some are used when calculating the remote Islands, in others only the continental territory. Therefore, this title can also claim other areas: for example, it is believed that the geographical centre is actually Novosibirsk, if you count Kaliningrad oblast and the Russian island. More precisely, the center of Novosibirsk called the chapel of St. Nicholas, built in honor of 300 anniversary of the Romanov dynasty.

With the annexation of Crimea to the Russian Federation the geographical centre must shift, but only slightly – its exact coordinates are still selected approximately, and the new point will be next.
Is the advice useful?
See also
Присоединяйтесь к нам
New advices