What does the expression "Groundhog day"

The expression "Groundhog day" is now used quite often to describe a life where one day is almost exactly like the other, very few new events and entities. It is a life dominated by routine and that seems to have stopped – she is so boring and monotonous. 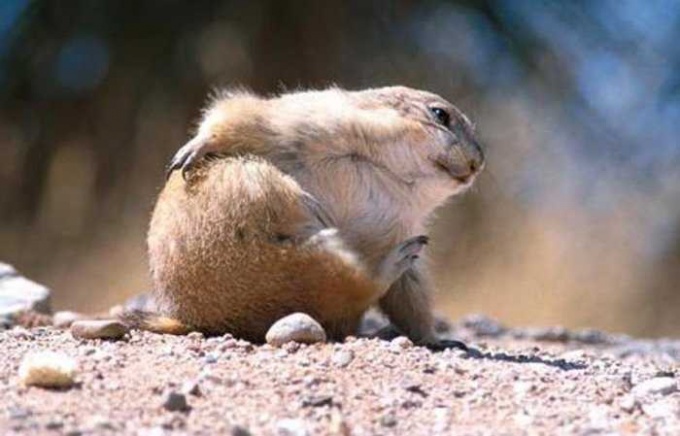 Where did the expression "Groundhog day"

It's strange, at first glance, the phrase appeared in use after the release in 1993 of the eponymous American Comedy directed by Harold Ramis with Andie MacDowell and bill Murray in the lead roles. The hero of the film "Groundhog Day", the TV reporter Phil Connors with the operator and assistant Rita goes to make a report to the small town of Punxsutawney in Pennsylvania.

The report should be devoted to the national holiday – the day of the Groundhog, which really exists and is celebrated annually in the USA 2 Feb. According to folk beliefs, on this day the Groundhog comes out of his hole and, if the weather is Sunny, he sees the shadow. It is believed that the Groundhog is frightened, and he goes back in the hole – in this case winter will last another six weeks. If the weather is cloudy, then shadows the Groundhog sees, and that means that spring will soon come. In honor of Groundhog-meteorologist decided to arrange folk festivals, the so-called festivals.

Here's a local holiday and had to remove the arrogant and self-absorbed Phil Connors. All he shows how disgusted he is an insignificant job, rude crew, local residents, wants to make a report and to go from a small provincial town.

But fate brings him a surprise! Heavy snowfall holds Phil in Punxsutawney for the night, and when he wakes up the next morning comes... again on 2 February. This day repeats for Phil again and again. He knows the events of 2 February by the minute, tries different ways to escape from this temporary ring – all to no avail. The poor journalist can't even kill yourself after a few tries it again and again wakes up in his bed and begins again to live a Groundhog Day.

End the torment of Phil's only when he changes internally when he realizes that in order to change life, you must change yourself.

How to stop the "Groundhog day"

In fact, this lesson is a good idea to learn for those who complain about the eternal "Groundhog day" in his life. Reality presents daily many amazing events, but not always the person enough spiritual vision to see them over the whirlwind of routine cases.

To stop feeling trapped in a time loop, like the hero of the film, you can, if you learn to find joy in the simple everyday things, to enjoy good relations and, most importantly, not to put their problems and ambitions above the needs of others.

If you understand that there are people out there who need help, attention and just a positive attitude – to change life itself. It becomes brighter, more diverse and more enjoyable. That is the message and tried to convey to the audience the creators of the film "Groundhog Day".
Is the advice useful?
Подписывайтесь на наш канал