What is Groundhog Day

Groundhog day is one of the most popular national holidays of America and Canada. Many people know about this day from the eponymous film. Well, what is the main idea of this unusual holiday and where it originates, you can learn right now. 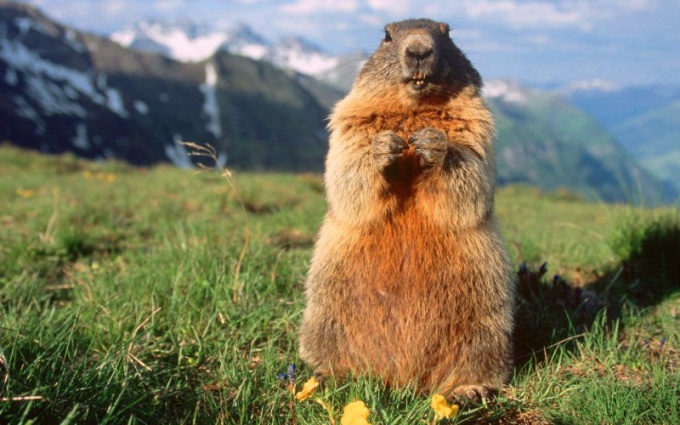 Groundhog day is near and spring?

Every year on 2 February, the people of America and Canada organize events with the participation of local animals – marmots. Almost every town has its own marmots-meteorologists to alert you, how soon will come the spring warming.

Note: in the town of Punxsutawney was filmed the famous movie "Groundhog Day".

On this day, it is necessary to monitor its behavior, namely that he will leave his burrow or not. If in cloudy weather the Groundhog not seeing its shadow, and quietly leaves the house, then, foreshadowed early spring. If in the Sunny day, he at the sight of his own shadow will be frightened and return – spring should be expected not earlier than in 6 weeks.

The history of the holiday - Groundhog Day

The history of this festival begins with the Gregorian calendar, as February 2nd is a solemn day when Christians celebrate Candlemas (Gromnica). Believing the popular wisdom, if the day is clear and Sunny weather, is sure to be a long winter. As I like to say the Americans, If Candlemas Day is bright and clear, there'll be two winters in the year (it's a Scottish proverb, literally it reads: "the day of the meeting is clear and cloudless — there will be two winters in the year").

As for the meteorological prediction of various animals, it originates from the times of the Ancient Rome. Just as a meteorologist ancient Romans used a hedgehog. February 2, they Wake that spiky animal and watched, he sees its shadow or not. Later this tradition was adopted by the Nations of Western Europe. Only, for example, in Northern Germany, depending on the region, instead of the hedgehog watched the behavior of a badger or a bear.

The Groundhog under the name Staten island Chuck lives at the zoo on Staten island. Each year 2.02 at 7: 30 sharp he makes his forecast.

And in the 18th century immigrants from Germany who were called the Pennsylvania Dutch, brought this meteorological tradition in America. But given the fact that North America has no hedgehogs or badgers – chief meteorologist animal was the Groundhog. In 1886 Groundhog Day officially recognized the national American holiday.

In the United States and Canada there are 7 of the most popular marmots-meteorologists:
- Punxsutawney Phil – the first officially recognized a meteorologist that lives on Indjushata mountain in the town of Punxsutawney (PA);
- Vertinsky Willy – known weatherman Canada, or rather village Viarton (Ontario);
- Staten island Chuck – the official meteorologist Groundhog in new York;
seven leaders closes marmots Shubinakadsky Sam, Balzaksky Billy, Jimmy the Groundhog and General Beauregard Lee.
Is the advice useful?
Присоединяйтесь к нам
New advices