Why do we have dreams

There are many hypotheses explaining the cause of the dreams. Some conclusions are based on scientific evidence, others are just arguments. Dreams sees absolutely everyone at any age. If you think that dreaming stopped dreaming, such a view can be considered not only misleading but also cause for concern. The reasons for this situation is very simple – you have ceased to remember the night vision, which indicates the violation of your psychological state. 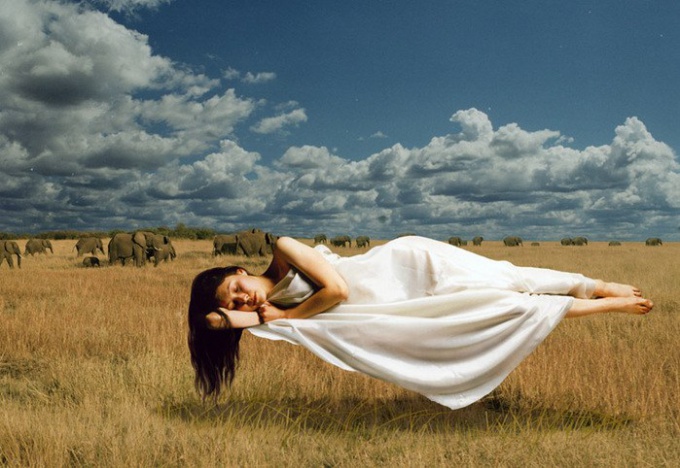 Every day in life is full of events that are remembered by the brain and cause certain reactions. During sleep, at rest, is only the human body. The brain during this period repeats and reinforces all the information that can become the so-called scenario of the dream.

In the dream the person can see the events of the day, the recent situation or the distant past. Under the influence of our thoughts, anxieties and dreams in the brain is formed additional information that could cause nightmares, visions absurd and completely implausible situations. Sleep is a generalized picture of reality and internal experiences.

The dream from the point of view of psychology

From a psychological point of view, the dream is a reflection of the psychological state of the person. If you're happy and your life is not marred by negativity, in the dream you see a beautiful positive dreams. If you have fears or phobias, they will appear in the scripts of the dreams. This means that the brain cannot cope with the negative emotions that you experience in real life. Dreams become black and white and dream of the situation are even more worrying.

If you begin to notice that the dreams have ceased to dream you, pay special attention to their psychological state. Similar situations happen, generally people who are regularly subjected to stressful situations or have unstable character. In rare cases, the inability to recall a dream may be a sign of mental disorder.

There is another point of view, which is confirmed by research scientists. The fact that sleep consists of several phases, each of which has a special meaning in the time of awakening. Dreams are not remembered, if the person is awake in deep sleep. This usually occurs in cases where sleep is interrupted by a loud sound, trying to Wake up a man or with too long a dream.

Fatigue can also cause lack of dreams. In people who sleep little and work a lot, the brain is oversaturated with information. During sleep, images flashed in our minds so quickly that in memory almost never deposited.

The great scientist Aristotle was a proponent of the view that during sleep one achieves harmony with himself and nature. The soul at this time capable of using the dream to show the future. This hypothesis became the basis for conclusions about the gift of clairvoyance. According to Plato, sleep is a source of creative energy and inspiration.

Mystical justification of dreams is very common. Surely, every person, upon seeing a bad dream, be sure to see its interpretation in the dream book. Explanation of certain symbols is formed for almost the entire time of human existence.

Consensus about why we dream the dreams, do not exist. Scientists over the centuries trying to answer this question. A detailed study lead to new hypotheses.
Is the advice useful?
Подписывайтесь на наш канал