Summer is a great time for travel, walking, bathing. As you know, the bathing season begins on the feast of Ivan Kupala Ilyin and ends the day. On this day comes the beginning of flowering of water. 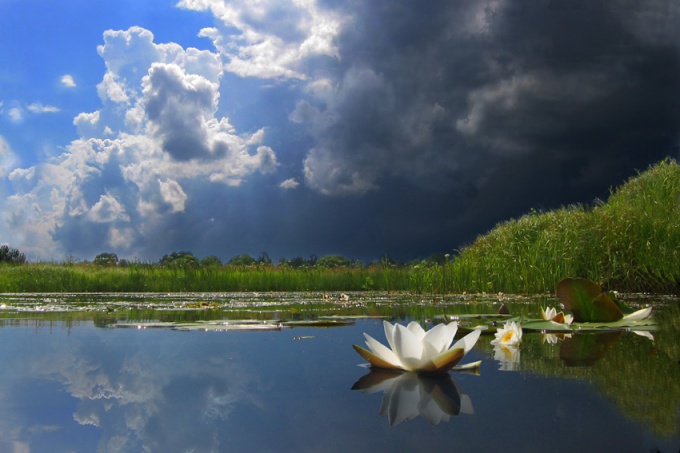 The heat of the summer, the sun shines especially brightly, this helps to ensure that the water is well heated, the rays of light penetrate the green algae that contribute to the development of cyanobacteria. These microorganisms make the water green. They are formed in stagnant water in contact with air, and the abundant light and favorable temperatures begin to actively proliferate. This means that contrary to popular belief, "bloom" the water is not due to vegetation and algae, due to bacteria that their bodies literally paint with water

However, the culprits for the algae algae are. Their concentration in the pond can be overwhelming. Danger to human health such green water is not, however, bathe in it would not want someone of the campers.

Meanwhile, the flowering of the river can have a detrimental effect on its inhabitants. It is proved that the overabundance of vegetation and the active development of algae in the river water leading to reduced oxygen levels, which in turn causes the death of large fish and the rotting bodies of water. Small fish are more mobile, and therefore, typically, they migrate up the river, entering the estuary.

Of course, the ever-green river can not be. Typically, the activity of the bacteria, and the development of algae is reduced with the arrival of the first autumn rains and decreased water temperature. By September in the middle belt of the Russian river water gets its original color, the lake cleared to the end of the month.