Clothing Ancient Greece and Ancient Rome were similar to each other, but were called differently. The characteristic features of creation and ways of wearing clothes in these cultures was influenced by the peculiarities of their historical development. 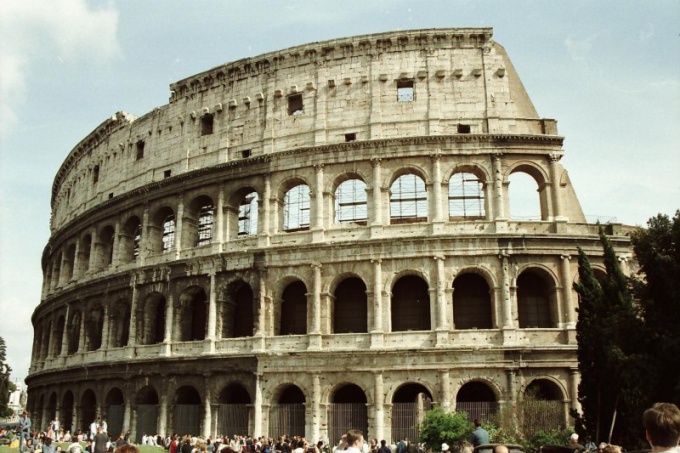 Related articles:
For ancient Greek and Roman cultures was characterized by the presence of draped garments made from a single piece of fabric. Binding was the presence of capes worn as outerwear.

Ancient Greece is a culture of free citizens and democracy. These traits are embodied in the ancient Greek clothing.

The costume of the ancient Greeks was typical of a rich drape and restraint. The main piece of clothing was called the tunic and were made without patterns from a rectangular piece of fabric. This kind of underwear was worn by all, regardless of age and gender. Fabric for tunic used linen or wool, the traditional white, which were brought from the colonies or made by themselves. Time in the Ancient Greece imported the Syrian silk, Phoenician purple fabric, Persian patterned matter. Clothing became more colorful.

In the early formation of Ancient Greece men still wore loincloths, but the popularity has gained wide tunic with short sleeves. Later, the tunic replaced the loincloth. It is made by folding the fabric in half and stitching the edges. On the shoulders of the tissue was fixed with fibulae (clasps), and the waist was tied with one or two belts. Hem stitched. Didn't do it only in the clothes of slaves or during mourning.

Outerwear in the form of a cloak called a himation. It is also made from a rectangular piece of fabric. Ways of wearing was different: he was thrown to the shoulders, wrapped him completely, wrapped around the hips or threw one end over his arm.

Travellers wore: cloak mantle with the ornament, a wide-brimmed hat-petas and sandals or short boots with curved tops.

Special attention the Greeks paid to hair care. Girls have been doing a variety of hairstyles popular in our days. Curls brushed back, collecting in a bun, braids wrapped around the head.

In the women's locker Ancient Greece was the narrow tunic, a long skirt and short blouse without sleeves. Later a suit was replaced by a pleated chiton. On top of it the Greek throws a farce – draped scarf on one shoulder. Later this combination was transformed into a tunic with wide sleeves.

The peplos was like a chiton, but it was attended by the lapel length is 50 cm, which was adorned with ornaments.

On top of the lower garment women also wore robe.

Roman costume was a similarity to Greek due to the draping, but in contrast, emphasized not the beauty of the body, and the masculinity and Majesty.

The main element of the ancient Roman costume was a tunic similar to the Greek chiton. She was considered a home, and to go outside without clothing was indecent. In cold weather, wore several tunics at once.

Women of Ancient Rome tended to give a figure of harmony by pulling the waist with a piece of thick cloth or thin leather under tunic. This gave impetus to the creation of future corsets.

Basic upper garment of ancient Roman was a toga, which was a cloak of a large rectangular or ellipsoidal pieces of fabric from wool.

Women's clothes were similar to men's. Married women of noble families wore tunics on the table, similar to a tunic, but that was long, it was belted under the Breasts with a beautiful belt. On the lower edge is sewed a broad frill-insist of pleated fabric, which was decorated with gold sequins and pearls.

As the upper garment was the cloak palla, similar to the Greek himation.
Is the advice useful?
Подписывайтесь на наш канал