Is it possible to tattoo the birthmark

Some people often wish to disguise ugly or a big mole with the help of tattoos, covering unsightly stain a beautiful pattern. However, such a procedure unsafe - trauma birthmark can lead to serious undesirable consequences. 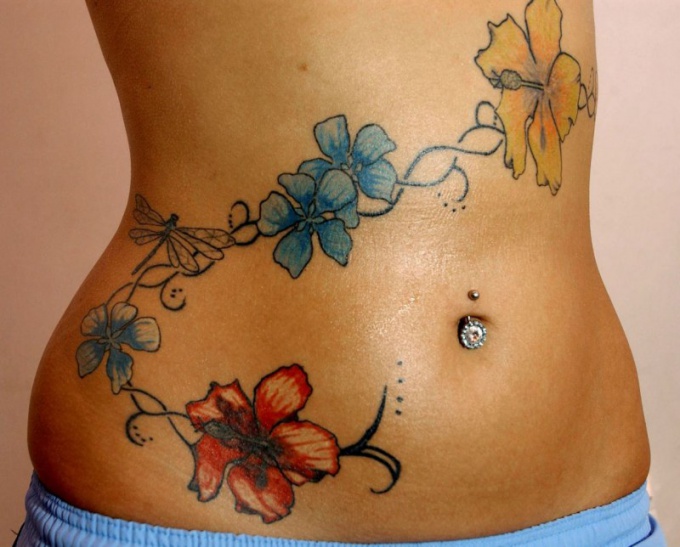 A birthmark or a mole represents a malformation of the skin that appear at birth or later. Moles are pigmented, warty and vascular. Pigmented birthmark form of skin cells that contain the pigment melanin. The surface of these moles warty or smooth, perhaps with a few hairs. Their colouring is often brown and pronounced. Pigmented moles have almost all people over ten years. According to the medicine, most often they can be found on the face — when calculating for every hundred square centimeters of surface of the skin.

Birthmark must be protected from a variety of traumatic injuries and prolonged exposure premenopausally sunlight.

Vascular birthmarks form sprouting vessels in the skin. They look pink, red or purple spots of various shapes and sizes. Warty moles are brown-black growths in the form of borodavkina formations, towering above the skin. With increasing growth, redness or blanching birthmarks should immediately consult a doctor to exclude or confirm the probability of degeneration of a nevus into a malignant neoplasm.

Whether to fill tattoo-picture mole

According to dermatologists, in the process of getting your tattoo with a high risk of Contracting HIV, hepatitis and other infectious diseases. This is due to the uncleanliness of some tattoo artists who are not too well sterilize their tools after each client.

It is always necessary to carefully choose the tattoo shop and to ensure that the needle thoroughly sterilized, and the ink consisted of non-toxic natural materials.

In addition, ink for tattoo mostly sylphs contain mercury, aluminum, arsenic, cobalt, cadmium, chromium, lead, titanium, Nickel and other heavy metals. Dangerous for moles and equipment the tattoo artist, which injures the birthmark, in which case it can degenerate into a malignant tumor - squamous cell carcinoma, melanoma or carcinoma.

Another argument not in favor of tattoos on the mole – the picture on the birthmark makes it impossible to follow its changes. Because of this, you can skip the development of melanoma or other skin cancer. This also applies to tattoo around moles – they significantly degrade the "visibility" of the region in the area of the birthmark.

Many tattoo artists try to avoid not only the moles but also age spots, except for the freckles. Among the good artists have an unspoken rule: no way affect the skin in a radius of five inches from the mole.
Is the advice useful?
See also
Присоединяйтесь к нам
New advices