Tattoos are very popular because they allow people to make their image more vivid, to emphasize the individuality and even tell others about your worldview or character traits. However, unfortunately, such a decoration can not be called good for the body. 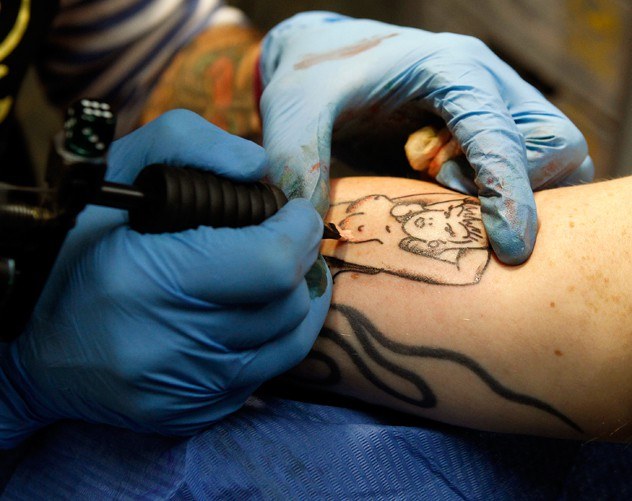 Why are tattoos bad for health

The greatest risk associated with tattooing is a high risk of Contracting diseases transmitted through blood. The more tattoo on the body and the larger the figures, the higher the risk of hepatitis C and HIV. The problem is so serious that most blood banks even in need of donors not allowed to donate blood to people, making a tattoo less than a year ago.

According to research, Staphylococcus aureus is most often found in people who do a lot of tattoos. This is very dangerous, because such bacteria is resistant even to strong medications.

The main problem stems from the fact that masters often do not use properly sterilized equipment. This means that they, unwittingly, can infect a person with a serious illness to get rid of that would be very difficult or even impossible. To reduce the risk of such problems is possible, if you carefully choose the salon and pay attention to the professionalism of the staff and the availability of sterile needles, individual cans of paint for each tattoo, disposable gloves and other necessary equipment.

Despite the fact that now inventing a variety of paint options for tattoos that need to be harmless, yet no such agent has been formally approved by the doctors. Doctors say that the paint for the tattoo can be toxic. Through the blood it gets into the internal organs, disrupting their work and causing the development of serious diseases. More drawings on the body, the higher the risk of ill health.

People who don't want to spend my whole life with the tattoo, choose temporary tattoos. They remain on the skin an average of 3 days to a few weeks. Widespread stereotype is that these tattoos are not dangerous, but it's not. The most common problem faced by people who choose this option of decorating the body, is associated with allergic reaction. This problem can occur when using all types of paint.

Unfortunately, an allergic reaction remains even after the tattoo itself disappears. To cope with the problem often even experienced doctors.

Dermatologists often see patients who faced problems after applying a temporary tattoo. We are talking about redness, blisters and spots. In more serious cases, impaired pigmentation of the skin, the human body becomes too sensitive to sunlight. Alas, sometimes people have a long time to regret your desire to make conversion even a temporary tattoo.
Is the advice useful?
See also
Подписывайтесь на наш канал