What pregnancy test is the most accurate

Tests – the most affordable and quick method of determining pregnancy. They are convenient, first of all, the fact that a woman can learn about my condition at home, alone, even before going to the doctor. 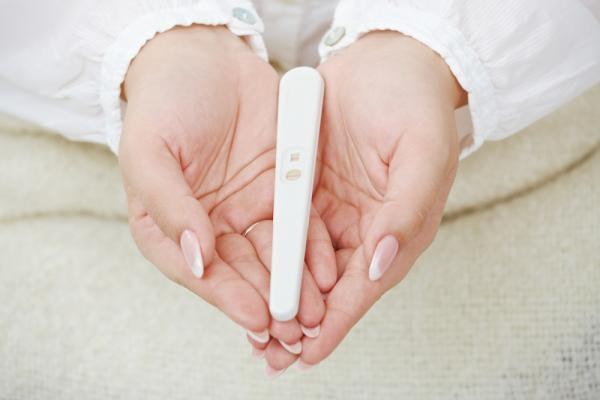 Related articles:
In fact, using the test, the woman doing the analysis on the content in the body of the hormone HCG (HCG) – human chorionic gonadotropin. This hormone is produced in the body, if there is a fertilized egg. It blocks the possibility of the onset of a new pregnancy. That's why in a woman's body can not occur "double" pregnant with varying terms.

This hormone found in the blood and in the urine of women. In the laboratory doing the blood test to determine the presence of HCG in the body. In-home tests in the vast majority allow you to define the content of this hormone in the urine.

The degree of sensitivity of the tests

Tests for self-definition of pregnancy are different degrees of sensitivity, i.e. they are able to determine the content of HCG in urine from 10 mu in 1 ml or 25 med in 1 ml of urine, respectively. It is clear that the first tests are more accurate than the second. The sensitivity of the test is indicated on the packaging.

However it is incorrect to think that more sensitive tests are able to detect a pregnancy almost immediately after its occurrence. In any case, it will occur not earlier than the 14th day after conception. Usually, however, reliable results tests show if your period does not come within the period or on the first day it delays.

Stripes. This kind of test is the cheapest and most common. It is easy to use: just urinate into a clean container, drop in a urine test up to a specified risk, wait 15 seconds, remove and after 4 minutes compared with the sample on the label: if clearly visible two strips – pregnancy if the woman is not pregnant.

Tablet. In its method of application they are similar to the test strips: urine collect and then pipette is placed in a special window test. The result is visible after 5 minutes – the same strips, one or two – depending on whether you are pregnant or not. They look more aesthetically pleasing, and many women, planning a baby, use them to leave the test in the family archive as a nice relic.

Jet. They are more convenient than the previous two species, as for the diagnosis of pregnancy is sufficient to urinate right on the test. The result will be visible after a few seconds.

Electronic. These tests are quite expensive, but the result of their application, the woman receives a response to the display "pregnant" or "not pregnant", instead of suffering, trying to make out the second stripes and the eye to determine the degree of its intensity.

The result was more accurate

Pregnancy tests are quite reliable and it can detect pregnancy in 95-99% of cases. But in order to be confident in the result, the woman must observe a few rules of use:

- Carefully examine the packaging of the test and to check its shelf life.
- Analyze in the morning when the concentration of HCG in the urine are highest.
- To strictly follow the instructions for use of the test.
- Not to test before day 17 of the cycle is useless and will give obviously incorrect results.
Is the advice useful?
Присоединяйтесь к нам
New advices