Beautiful and romantic name field of the flower Ivan-da-Marya is associated with the ancient Slavic legends about the forbidden and unbreakable love. This flower was collected in, among others, in the Midsummer night and used for various ceremonies. 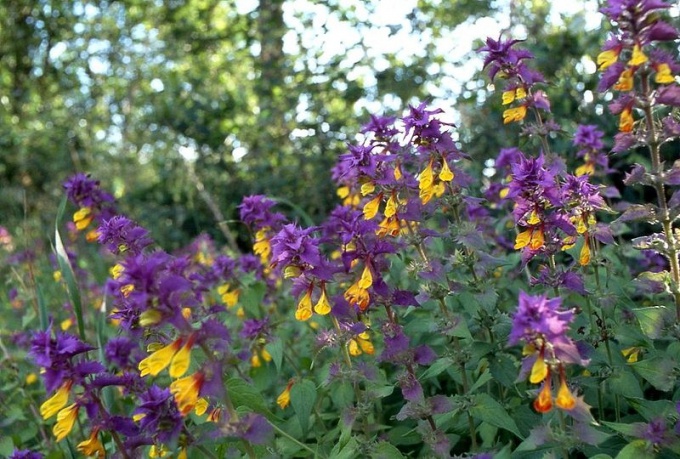 What is a wild flower called Ivan-da-Marya

In fact, this name referred to several completely different plants belonging to different families. Therefore, it is difficult to say exactly what the flower was called so by our ancestors. In any case, it is known that this name has a two-tone flower, usually yellow with purple.

Most often Ivan-Yes-Marja called the plant, known in botany as mariannick Asherah – an annual wild plant, featuring bright yellow flowers with purple bracts. Other names of this plant – Ivanova grass, brother and sister.

Sometimes Ivan-Yes-Marja's name is also the viola tricolor (Pansy) or meadow sage, at least – the periwinkle.

The most common version of the legend explaining the name of the flower, is associated with the name of Ivan Kupala.

Born sometime in the same family twins boy and girl, Kupala and Kostroma. When they were young children, Kupala carried to the far edges of the bird Sirin. Many years later, the young man floated down the river in a boat, wandering in a strange land. That hour past his boat sailed the maiden wreath. Midsummer found him, and went down to the shore, and met his mistress, the beautiful Kostroma. Young people with all my heart fell in love with each other. They were married on Slavic custom. And only then came to his native village, learned that have a family for each other brother and sister.

According to one version of the legend, the gods cursed the Kostroma and Kupalo in their forbidden love, drawing them into flower. According to another version, the star-crossed lovers themselves asked the gods to never be parted.

Another version of the legend tells that Kostroma, unable to endure the shame, walked into the river and turned into a mermaid, Mara.

The brutal legend tells the story of a sister who tried to seduce his brother, and was killed. Before her death she asked to put this flower on her grave.

A "soft" story about a brother and sister who lived on the banks of the river. One sister lured mermaids and turned to Mara, the wife of the water. Then her brother gathered sagebrush-grass, and with her help defeated the water.

The symbolism of plants

Ivan-da-Marya – one of the main symbols of the holiday of Ivan Kupala, a sign of unbreakable love.

In addition, it is believed that the yellow color symbolizes the fire, and violet – water (dew). Thus, Ivan-da-Marya is a symbol of unity of opposites, a sign of fire and water.
Is the advice useful?
See also
Присоединяйтесь к нам
New advices