Why does Russia need the Caucasus

The Caucasus is the natural border with Russia. High mountains for centuries guarded the country from the armed expansion of Iran and Turkey. In these mountains has also been stopped by the Arabs, carrying fire and sword the green banner of the prophet. 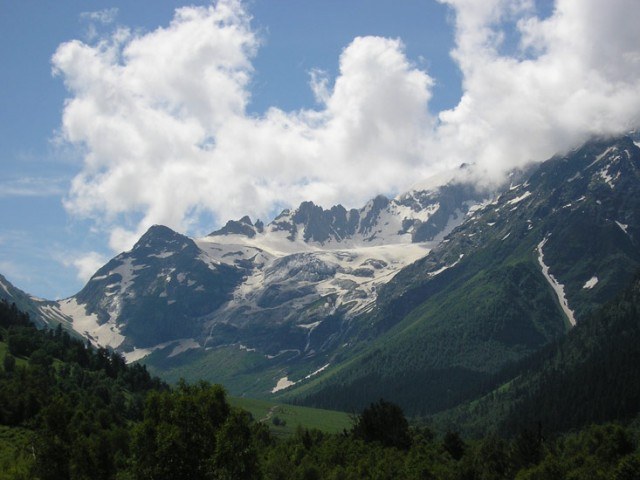 The slogan "Stop feeding the Caucasus"

The Caucasus is defined as a geographical region in the South of Russia, mainly mountain. In this territory lives about a hundred small Nations, some of which are in a state of glow of the armed conflict. The conquest of the Caucasus by Russia lasted for several centuries and began with the Foundation of the Cossacks of Tsar Ivan the terrible military fortress in the tract of Mozdok. The conquest of mountain peoples was very bloody, and some of them are still struggling for their independence.

The Caucasus clearly separates Europe from Asia, so it is a clash of civilizations, today they face the Christian and Muslim worlds.

In Dagestan and Kabardino-Balkaria in fact, there is a guerrilla war. The population of the Caucasus is very warlike, and Caucasians often organize clashes with the local Russian population. In this regard, recently became a popular slogan of the national-Democrats "Stop feeding the Caucasus." Opposition forces were asked to let go of Chechnya, Ingushetia and Dagestan from Russia, leaving only the loyal Russian people. However, this proposal caused outrage not only among those in power, but also the inhabitants of the Caucasus, who considered it irresponsible and even stupid.

If the Caucasus is to separate

Nevertheless, the Caucasus is a subsidized region with high levels of corruption, which gets a large amount of budget money. Calls to his office are mostly from the Russian population of the middle band. Say, enough to pay tribute to Kadyrov, it's time to learn to live independently.

There are several counter-arguments against the separation of the Caucasus. First of all, we already had a precedent when, after the Khasavyurt accord, Chechnya was de facto independent for five years. Over the years the self-proclaimed Republic of Ichkeria into a gangster enclave where rampant drug trade was the practice of kidnapping and even slavery. The Republic became a hotbed of extremist forms of Islam.

After the defeat of armed groups of Ichkeria and approval legal power, Chechnya has gradually turned into the most developed region of the North Caucasus.

Therefore, experts say that the liberation of the Caucasus would seriously radicalize the region and even turn it into a springboard to attack the Wahhabi forces. Not to mention the fact that the natural southern frontier of the Caucasus will be broken.
Is the advice useful?
See also
Подписывайтесь на наш канал