Childbirth includes three main stages: the opening, the expulsion of the fetus and the release of the placenta. Each of them has its own peculiarities you should be aware of a pregnant woman. 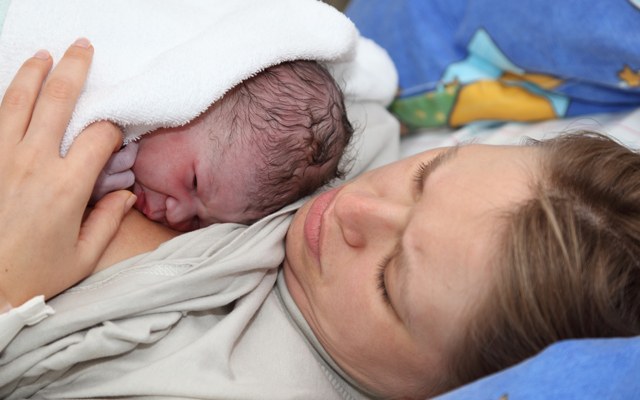 Birth – a complex physiological process that involves three main stages: opening, expulsion, release of the placenta. Contractions mark the beginning of labor, they gradually lead to the opening of the uterus. Each fight is characterized by power and duration. During first stage the cervix opens to 4 cm, dense, bubble is opened (either natural or through the subsidiary) in and out amniotic fluid. The second phase (active) is characterized by the opening of the cervix to 8 cm, in this period, the opening speed is large enough – 1-2 cm per hour. The third phase is characterized by full disclosure, the total period which lasts from 5-8 to 8-12 hours.

The expulsion of the fetus

The period of time from complete cervical dilatation to birth of the child called fetal expulsion period. It is characterized by attempts, in which the muscles of the anterior abdominal wall of the woman and the diaphragm create an arbitrary reduction. Fruit during the expulsion starts moving, in the way that there are obstacles on the part of the pelvis. The biomechanism of labor depends on several factors, the most important of which is the fetal presentation (head, pelvic, mixed or foot).


While attempts must adhere strictly to the instructions of the obstetrician to reduce the risk of damage to the perineum.

This period of time, which begins with birth of baby and ends with birth of the placenta - fetal membranes and placenta. It occurs in two stages: separation of the placenta and its allocation (birth). On average this process should take place about 30 minutes. The first 2-3 hours after separation of the placenta is called the early postpartum period, during which the woman is in the delivery room and meets her baby, puts him to her breast. Then on a gurney and transported them to the house, where mom and baby will stay the next 3 days.

If the placenta is in the uterus then, it is removed by midwives.

What is important to know?

38-39 week of pregnancy you should visit a gynecologist who will check the readiness of the cervix for labor. Sometimes the fruit falls low enough and the neck is perfectly rigid, in this case, will be appointed special candles or other drugs that will help to avoid problems.
Is the advice useful?
Подписывайтесь на наш канал